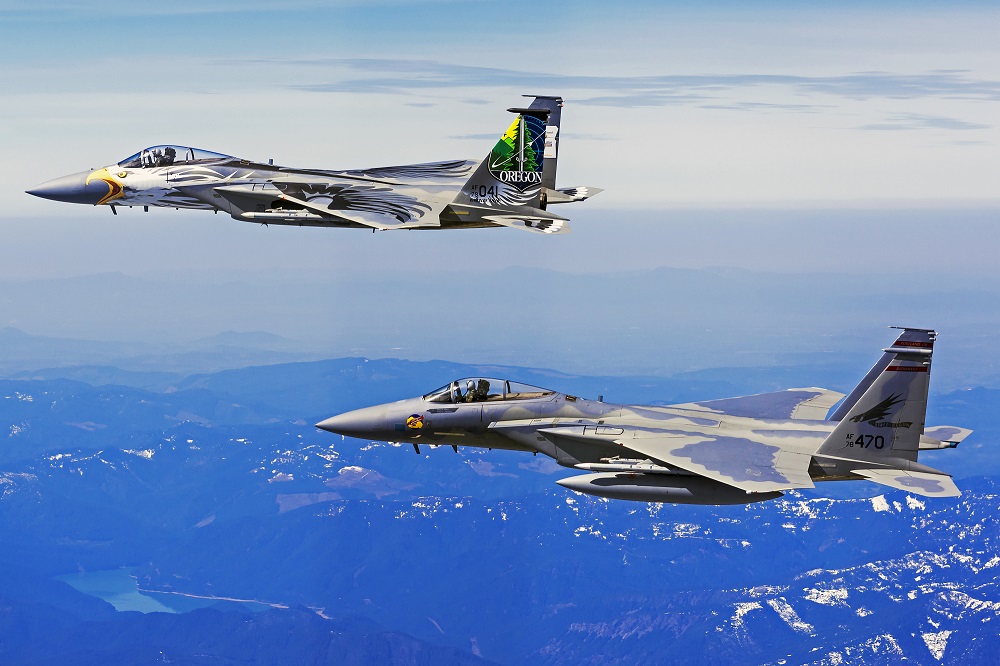 F-15 Eagle fighter jets from both the 173rd Fighter Wing in Klamath Falls, Oregon, and the 142nd Fighter Wing in Portland, Oregon, are scheduled to conduct flyovers at the following community locations at or near the designated times on Wednesday, July 4, 2018.

All passes will be approximately 1,000 feet above ground level and about 400 mph airspeed. Flights could be canceled or times changed due to inclement weather or operational contingencies.

The Oregon Air National Guard has been an integral part of the nation’s air defense since 1941. The 142nd Fighter Wing guards the Pacific Northwest skies from northern California to the Canadian border, on 24-hour alert as part of the North American Air Defense system. The 173rd Fighter Wing is home to the premier F-15 pilot training facility for the U.S. Air Force.