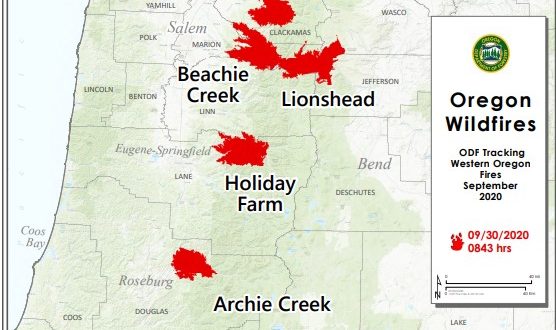 SALEM, Ore. – ODF is closely tracking 6 major fires in Oregon, down from 17 originally (see table below for details). Fires are removed from the list when they are 100% lined and fire managers are confident in their progress toward containment.
There have been more than 7,500 personnel from 39 states and multiple Canadian provinces assigned to fires in Oregon since Labor Day. This number doesn’t include many of the government employees, landowners, forestland operators, and members of the community who fought alongside and supported firefighting personnel over the past few weeks.
More than 1 million acres have burned in Oregon since the start of this year, which is nearly double the 10-year average of approximately 557,811. 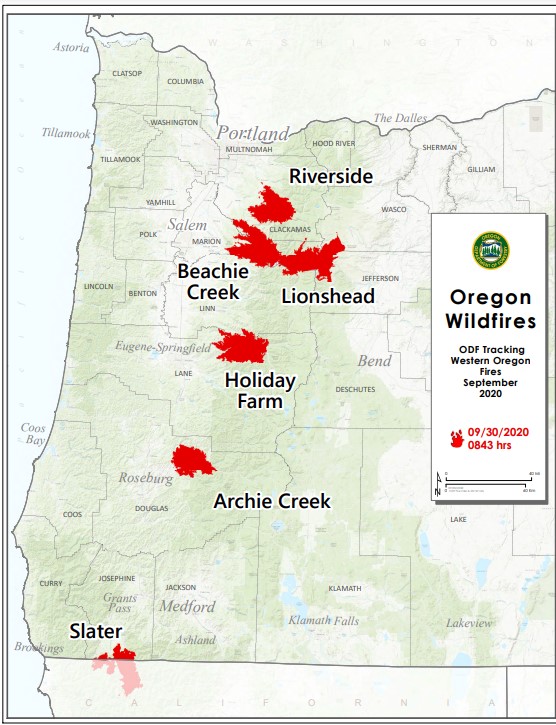