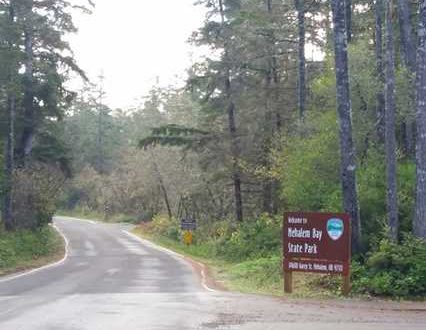 Oregon State Parks continues our reopening strategy in step with our community partners. On Friday May 29th, the Department released a list of state park campgrounds that are scheduled to open with limited services. On the north Oregon Coast, Fort Stevens, Cape Lookout (Loops A & B closed) and Nehalem Bay State Parks are set to open June 9th. See below for full list of park openings.
Cabin and yurt camping, except in rare cases, will not be offered. Group camping remains closed across the state, due to distancing concerns. RV and tent campers with existing reservations for a campground that opens will be honored beginning June 9. Not all sites or loops may be available at open campgrounds. For parks in the coastal region, there will be no walk-in or first come, first-served camping until further notice.

The online reservation system has been suspended since April 28. It will reopen for new reservations sometime next week, and will accept new reservations one day to two weeks in advance. OPRD will announce the reservation reopening date early next week through its website, stateparks.oregon.gov.
For day-use parks in Clatsop County, we intend to open Hug Point and Arcadia Beach on June 5th with Tolovana also a possibility on that day. Saddle Mountain State Natural Area will remain closed as will Ecola. There is no firm reopen date for either of those areas.
Tillamook County day-use parks are less certain. In this Unit these include Oswald West, Nehalem Bay and Manhattan Beach, which may be in the June 5th timeframe with those parks but we are awaiting clarity from Tillamook County.
Oregon Parks and Recreation Department (OPRD) released a list of state park campgrounds that are scheduled to open with limited services within the coming days.
OPRD Director Lisa Sumption said, “I am cautiously delighted. We are working hard to welcome campers wherever we can safely do so, as soon as we can.”
Sumption said that campgrounds will open only when the following conditions are met:
– Public health guidelines (OHA established) for the county are fulfilled.
– The local community agrees.
– The park has enough staff, supplies and equipment to safely open and operate at a basic level.
Sumption also noted that revenue loss, COVID-19 precautions and staff reductions will curtail services at most if not all campgrounds. Check the Oregon State Parks website for details about parks that are reopening, services, etc. stateparks.oregon.gov.

First come, first-served campgrounds in eastern Oregon lead the way. The following campgrounds open Friday, May 29. Others may be added to this list without a formal announcement. For updates, please check the website:
Goose Lake, south of Lakeview
Jackson Kimball, northwest of Chiloquin
Minam, north of La Grande
Hilgard Junction, near La Grande
Catherine Creek, near Union
Clyde Holliday, near John Day
Cottonwood Canyon, southeast of The Dalles