Article & Photos By Don Backman, for the Tillamook County Pioneer
“Give the board a hand,” Lisa Macy-Baker announced to the crowd of people gathered at nine o’clock in the morning on Friday, May 28th for the grand opening of the Pacific City Community Park & Skate and Bike Park. The crowd of adults and kids who were waiting impatiently for the park to be opened so they could put their skateboards to use. The assembled group clapped enthusiastically to honor the board and past board members enjoying a beautiful day before the completed Skate Park. The concrete bowl features a full bowl with various features, including a dory boat created from a mold made from the dory boat that sank in Pacific City in an accident on March 12, 2021. This boat was the start of the first run on the course. 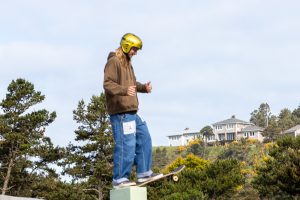 After a brief ceremony, the crowd gathered around while the first run took place by local skateboarder Justin Buford, who has been involved with the efforts to build the skate park since he was very young, who started his run from a perch on top of the wheel console on the boat, then dropped into the bowl. 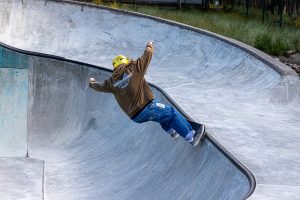 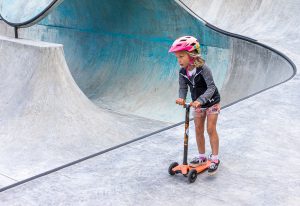 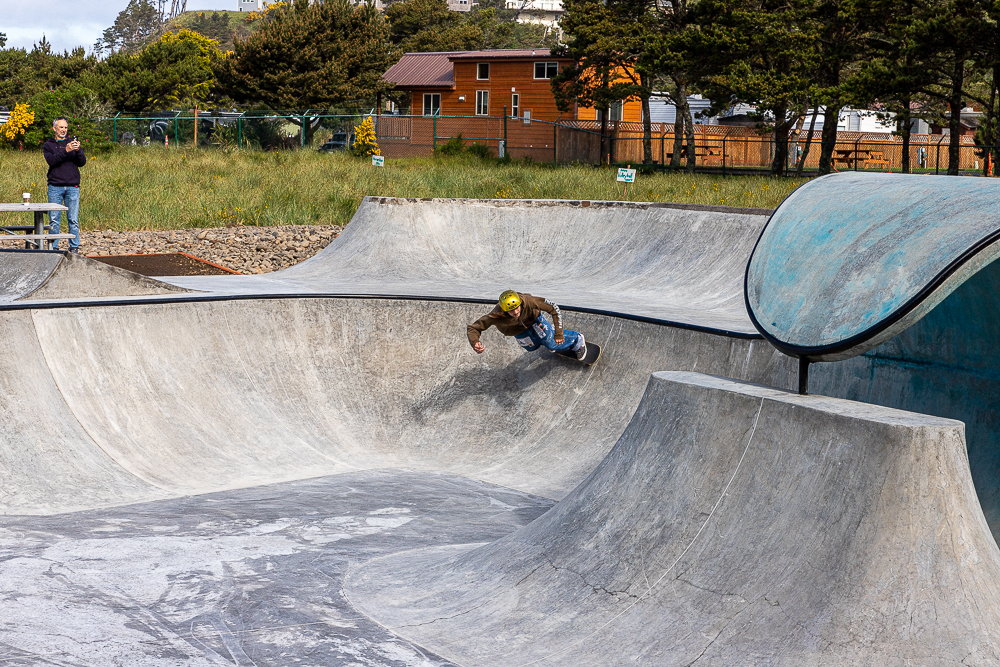 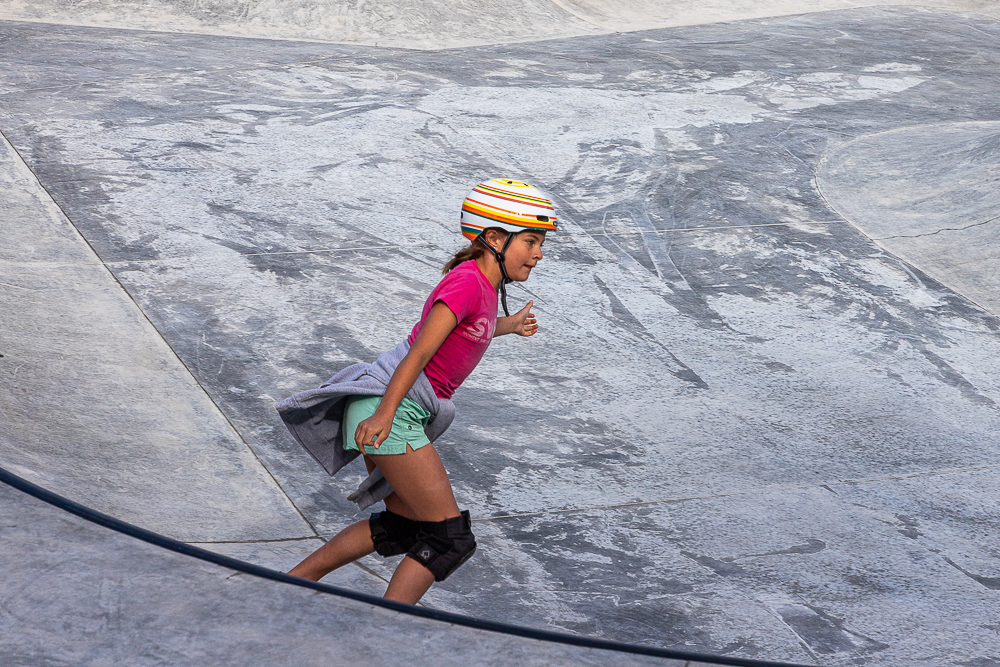 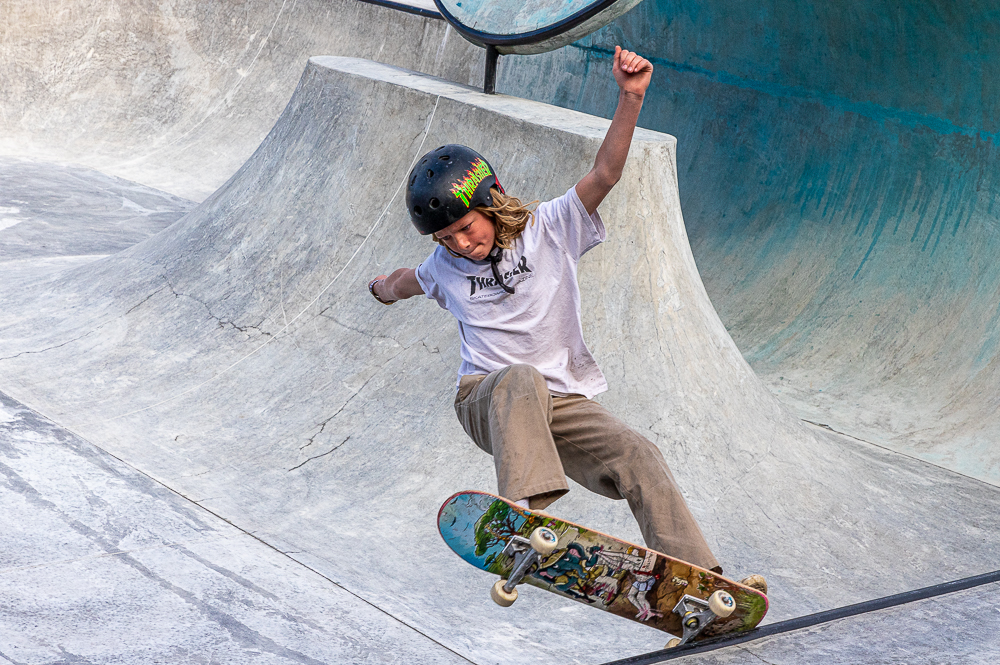 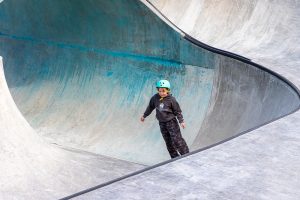 After he completed his run, several local kids waiting for their chance took their turns one by one. Lisa Baker explained that this park costs an estimated $200,000 when you include volunteer, donated, and in-kind contributions by the community. This was truly a community effort with the goal of creating a place for local kids to recreate out of doors. 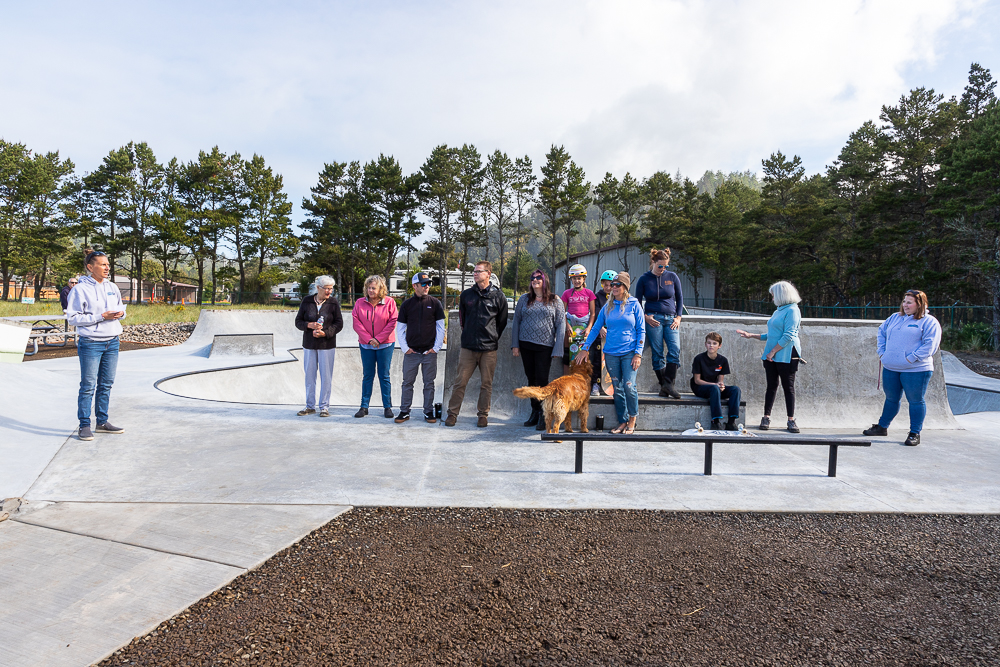 From the Nestucca Valley Community Alliance Facebook page, “We need to acknowledge this amazing human right here – Lisa Macy-Baker, our board president, is a quiet storm accomplishing all the nitty-gritty details like cleaning the park, applying for grants, working with contractors, the government and so much in between. Volunteers are really the heart and soul of the earth, and we’re so lucky she’s dedicated her time on our park. She’s too modest though, but deserves all the praise.” 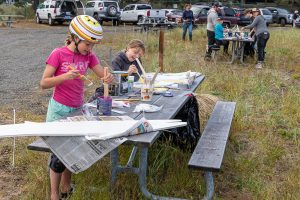 Activities at the grand opening also included tables with cutouts of whales and sea creatures for the kids to paint. These will be displayed at the park.
The entire Pacific City Community Park & Skate and Bike Park is a work in progress. The current completed portion was the result of coordination between groups such as the Nestucca Valley Community Alliance, Moment Surf Company, Cape Kiwanda Longboard Classic, and Dreamland Skateparks from Pacific City. Dreamland Skateparks has built parks both nationally and internationally. Additional components will be completed as time and funding allow. 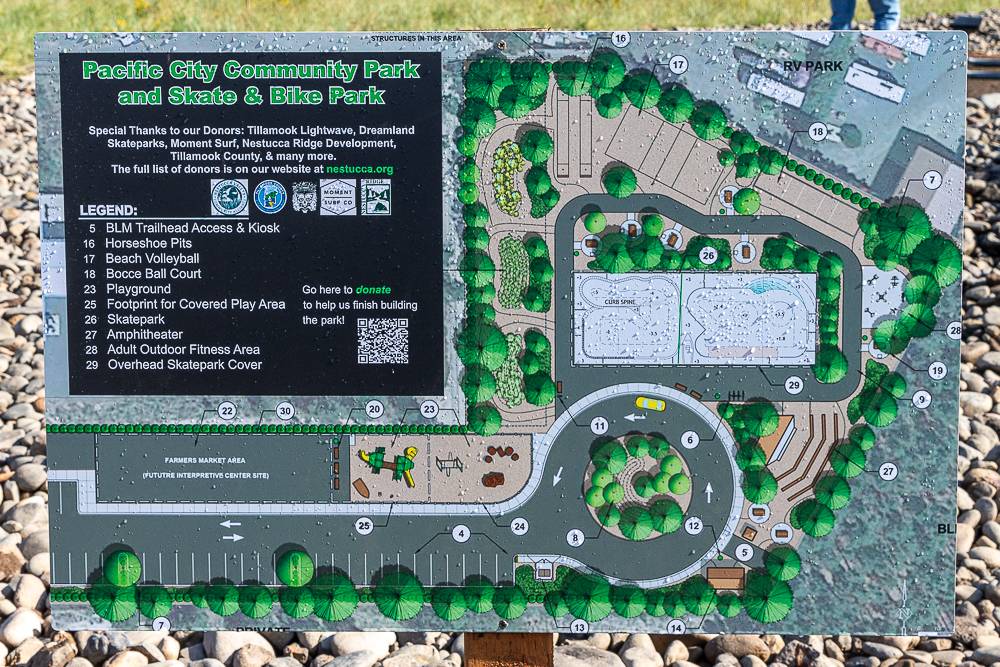