Pacific City, OR – At approximately 10:49 AM, Tillamook County Communications District 911 received a call regarding a capsized 12-foot rigid inflatable boat with 2 occupants south of Haystack Rock. The boaters had just finished laying crab pots in the bay and had gone out to the ocean to do some fishing. They had been out in the ocean approximately 10 minutes when they had a sudden motor shift and were capsized by a swell.

The initial caller, a 19-year-old male from SE Portland, was one of the boat’s occupants who was on top of the overturned boat. He was reporting the other occupant, a 73-year-old male from West Linn, was still in the water, 30 feet from his boat, unresponsive, and drifting farther away. The Tillamook County Sheriff’s Office, The US Coast Guard, Nestucca Rural Fire, and Adventist Ambulance were dispatched to assist.

At approximately 11:13 the 73-year-old male was located and pulled from the water by the Coast Guard Helicopter. Rescuers immediately began providing lifesaving measures and transported him to Pacific City Airport to awaiting medical crews. Unfortunately, the victim did not survive. 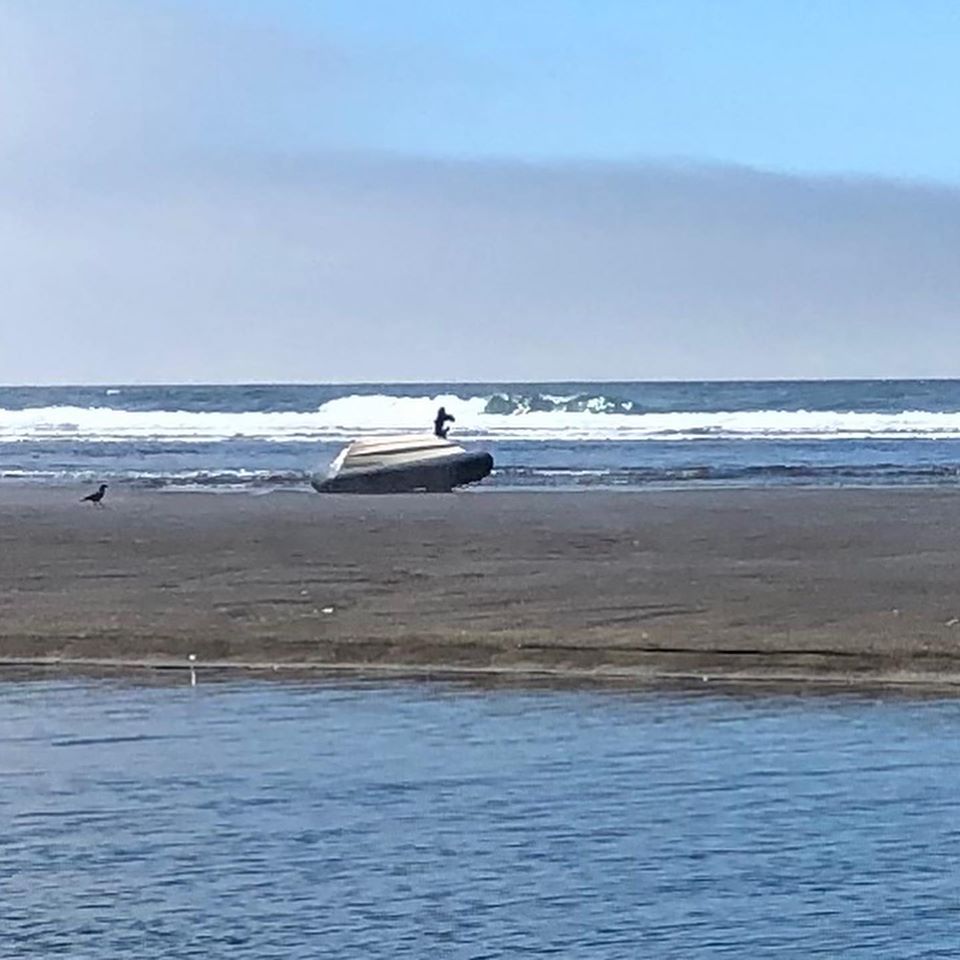 The boat and the 19-year-old male washed up on a sandbar and the helicopter returned and picked him up at 11:41 AM. He was transported to Pacific City Airport where he was examined and released without injuries.

Both individuals had been wearing inflatable life preservers and it is believed a medical condition may have possibly contributed to the initial capsize, as the 73-year-old male had been piloting the boat when he had suddenly jerked the rudder and was unresponsive immediately upon entering the water.