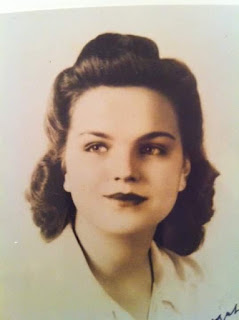 EDITOR’S NOTE: When our community experienced several suicides over the last few months, the Pioneer reached out to a multitude of organizations and individuals to provide information, outreach, education about mental health, and work on suicide awareness prevention. Romy Carver in her role as a community advocate was one of the people that I contacted. We cried together about the tragic losses and then she shared her story about her mom, and wasn’t sure at that time if she should/could share it because of other family members. The usual response to not talk about suicide and mental health issues and concern about judgement and “what people would think” didn’t really stop Romy from wanting to share this poignant story. Then there it is right in front of us, or on our porch or the street corner. Or again, another suicide … We will continue to have these conversations. We need to talk about mental health and suicide to give people hope and connect them to help. Thank you, Romy, for sharing this very personal story and by being a living example of caring and compassion for all in our community.
By Romy Carver
The first time my mom attempted suicide, I was eight years old and my dad was at work. My older brother and sister and I were home with her, when she announced that she had just taken “a whole bunch of pills.” I remember the ambulance being called and my teenage brother getting her to drink mustard water to try to get her to vomit. She was driven away in an ambulance to have her stomach pumped. I’ve written about my mom before in a prior post a few years back, but something happened recently that has her fresh on my mind.

She was in and out of the Oregon State Hospital over the years from the time I was five, and had shock treatments. One Flew Over the Cuckoo’s Nest was filmed in that hospital and they didn’t have to modify the settings much to make it dismal and horrifying. I visited her there and the vivid memories haunt me nearly fifty years later.

My mom was very delusional and paranoid, believing my dad had bugged the house and the phone, and many other things. I learned young that you can’t argue logic with someone who is psychotic. If they say the sky is green there is no amount of proof that will convince them otherwise, because their malfunctioning brain is literally misinterpreting signals. It IS green to them. Don’t tell them there’s no voice talking to them; ask them what the voice is saying and how you can help.

In my teen years, Mom started having extreme manic episodes. What started out as a schizophrenia diagnosis became a bipolar/schizo-affective disorder diagnosis. For my mom, this meant that when she was in a manic episode, she would become delusional and her behaviors would manifest as schizophrenia. This also meant that she had been misdiagnosed and on the wrong treatments for many years, doing untold damage to a once brilliant mind.

Before her illness, she was a gifted writer, artist, and a self-taught piano player. She was a scout leader, devoted mother, and involved in theater and civic activities. I never saw much of this side of her, but I could see how much people loved her. She was mostly difficult and incorrigible with Dad and us kids. Others knew her as kind and funny, generous, and witty. And oh, was she smart!

When I was 30, my mom attempted suicide again, and she barely survived. It was a few months after my dad had died, and she had been staying with some friends. I had called them to check on her and they said they had dropped her off at her house for a bit. I don’t know how, but I KNEW what she had done. I lived across the state, so I insisted they drop everything immediately and go check on her. They thought I was being silly, but they found her unconscious, draped halfway off the sofa, with bottles of pills around her.

She lived for another six years, but her mental health continued to deteriorate; to be honest, it was hard to separate her behaviors at times from her illness. Our relationship was strained, and I was exhausted.

There is a state of psychosis referred to as anosognosia, which is a lack of awareness of one’s psychosis. In my mom’s case, when we tried to get her help, we were the “crazy” ones and we were persecuting her. When she got back on her meds, she was sad and humiliated by this.

In one of her “better” moments, she talked to me about how awful it was to be mentally ill. She never wanted to be mentally ill. She was self-aware and didn’t want to do embarrassing things and have people mock or fear her. And despite an aggressive campaign of angry letters to the local newspaper and calling the sheriff’s office 16 times in one day during a manic episode, she was not a danger to others. Mental illness is cruel. But underneath that illness is a human being, who is sick and can’t help it, and would give anything to be “normal” again.

People with psychosis are far less likely to hurt you than the movies and media would have you believe. They are, however, very vulnerable to being assaulted because people fear them; they are often not believed when they report abuse, due to their mental state. They can look scary. That person walking down the street violently flailing his arms might seem dangerous, but likely he is talking to someone else that you and I can’t see and is in distress.

I’m writing about this because of two things have happened here recently that I feel are related. One is a rash of recent suicides, and a grieving community wondering what we can do about it. The other is a recent post in social media by a man who had a transient woman show up on his porch uninvited and declare it “her island.”

The man who posted about the woman didn’t know the woman and reached out to police. She has apparently been wandering into houses. People took great relish in suggesting all sorts of ways to “deal with” her. Some of the ideas included blasting an air horn at her, spraying her with a garden hose, “a nice dinner at the jetty,” attack dogs, etc. One person referred to her as a “thing,” and suggested that she was “unsafe for society and should be put down like a sick dog.”

My gut sank and tears filled my eyes as I read the horrible comments. I shared a story about my mom in the post, about the time my mom had a psychotic episode and ended up on the neighbors’ balcony at 5:30am. She was making a commotion and acting “crazy.” Thank God these folks didn’t attack her as described above. They called my dad, who had been asleep and unaware. Had they not known her, they would have called the police to get her some help. I imagined how the loved ones of that transient woman would feel to see the things people were saying about her, and honestly, it broke my heart.

I am seriously ashamed and disgusted by some of the people in my community, who masquerade as decent people, while bragging about ways to commit violence against a mentally unwell person. I was deeply disappointed that especially at a time when our community is reeling from recent suicides, folks would think this is okay. Obviously, we all have the right to physically defend ourselves in danger, but gleefully outlining ways to hurt someone who hasn’t hurt you is a different story. If you encounter someone who is in a psychotic episode and you attack them without trying to get them help, YOU are the problem.

I would like to think that they were afraid of her and being uneducated; I understand that psychosis can look frightening. But it was deliberately mocking and cruel. This was uncalled for.

Now let’s talk about the suicides. Let’s say you are struggling with thoughts of hurting yourself. You are scared that you are losing your battle or feel like a burden. You want to ask for help but you’re scared of what people will say. And you just read those comments and saw people laughing. Are you going to ask for help or will this only further your sense of shame? Think about it.

Don’t sit there and pretend to care about suicide, which is a mental health issue, if you talk about mental illness like this! These comments SHAME people who are struggling and push them back into the shadows. They don’t get the help they need, and they DIE. Do you laugh at heart attacks too?

When we dehumanize a mentally ill person because they are a stranger, we dehumanize every person who is suffering with mental health issues. Each one is someone’s parent, child, family member, or friend. Each one deserves to live and get help.

Mental illness isn’t a joke for the people who are suffering, or their families. There’s a reason my mom wanted to die; her illness was unbearable.

I want to thank the people are who were disgusted right along with me, who confronted that terrible behavior. Thank you, on behalf of my mom and every other person who has suffered with an unmanageable disease they didn’t ask for.

Now is a great time as a community to educate ourselves about suicide and mental health. Any discussion about suicide prevention NEEDS to include discussion about how we respond to people who are in crisis. Are we helping or hurting? We all can save lives. Making people feel worthless and terrible for an illness only contributes to self-harm and suicidal ideation and behaviors. We can do better than this.

If you honestly want to prevent suicides and help someone who is suffering, here is a link to Mental Health First Aid, the best training I have ever taken on responding to a person in psychosis. You can search for the classes, which are free and available online, through this link:

I know Mom would want me to write this blog. She wanted people to know the truth and I hope in some way she feels redeemed. She deserved that.

This is my personal blog, which is focused on creating peace. Come on in and kick off your shoes! I appreciate feedback and would love your thoughts and comments. To read more of my blogs, please feel free to visit www.romycarver.com

If you or someone you know is struggling, please reach out – there is hope and help. Here are local and state resources. Take a screen shot of these numbers and keep them on your phone. You never know when you might have someone in crisis and need to reach out.a 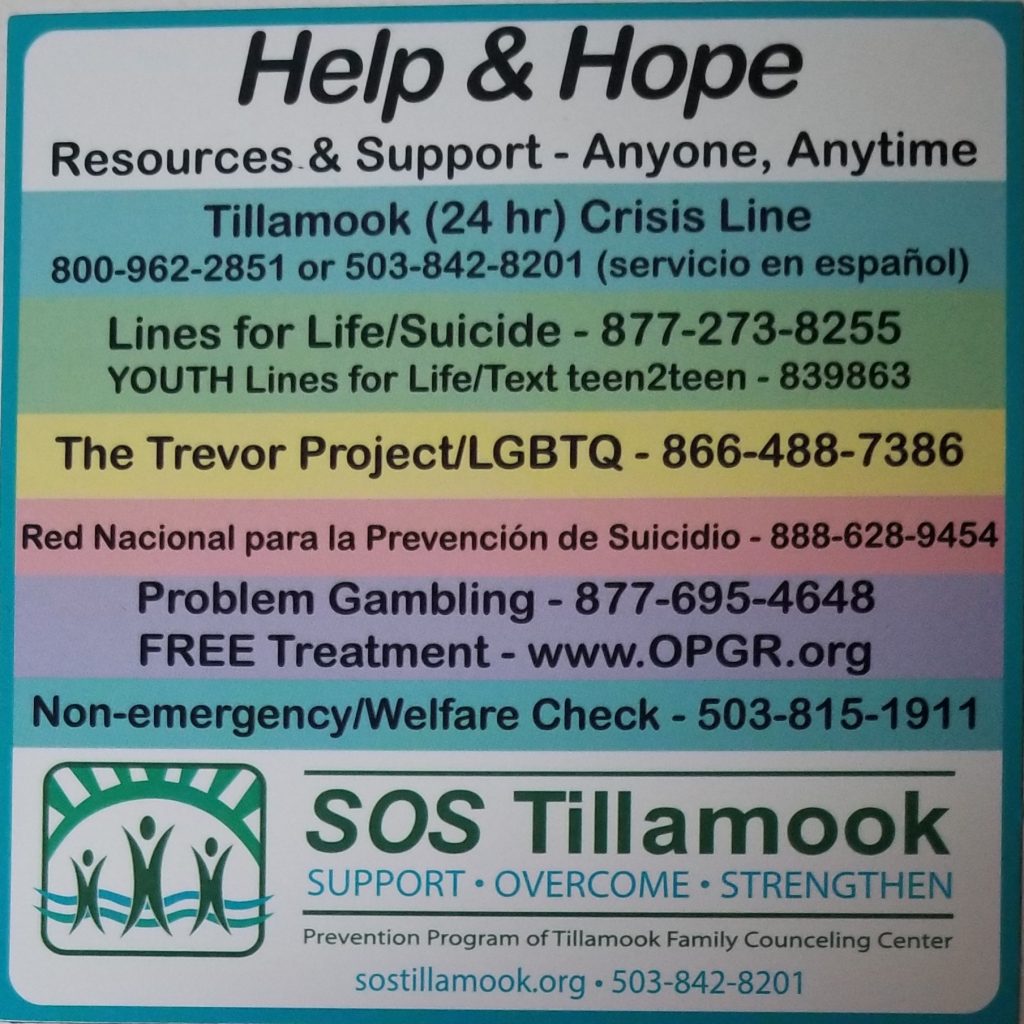