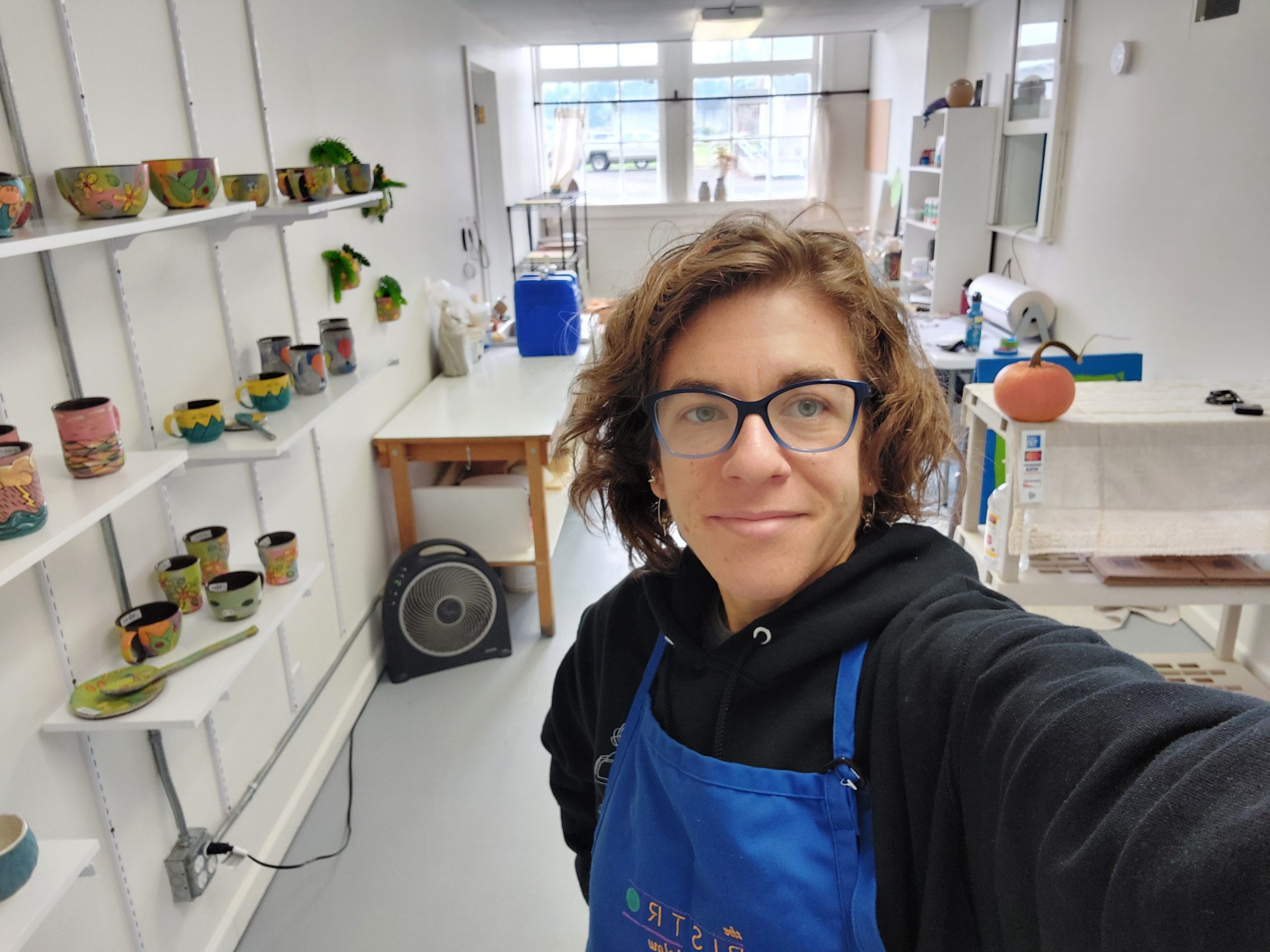 The Port of Tillamook Bay invites the community to take an inside look at port-affiliated businesses with its new feature series, “Peek at the Port.”

Once per month (or so), the series will feature a port tenant or business located or working with the port. The articles will appear on the port’s website and in local media.

“The Port of Tillamook Bay has a very diverse mix of businesses that cover a variety of industries and range in size from global companies to local start-ups,” said port General Manager Michele Bradley. “There’s a lot of economic activity happening out here, and we want to give community members a chance to learn more about it — even if they can’t make it out to visit the port.”

The series kicks off with a feature about Jennifer Trost Pottery, one of the port’s newest tenants. The full article can be found on the second page of this news release.

Though she’s worked with clay for more than 15 years, Jennifer Trost has never had a studio to call her own — until now, that is.

This July, the Tillamook potter signed a lease agreement for a retail and studio space at the Port of Tillamook Bay’s Tillamook Air Museum, realizing her longtime dream.

“Up until now, I’ve mostly shared studio space,” said Trost, who most recently worked at the in-home studio of another local potter. “About six months ago, I started looking for my own studio space, so I could make my dream of running my own studio a reality. I had no idea the Port of Tillamook Bay rented small business storefronts until my friend, Sierra Lauder, recommended I ask about it.”

Lauder, who serves as the vice president of the Port of Tillamook Bay Board of Commissioners, connected Trost with port staff, who then showed the local potter several spaces available for rent in the port’s industrial park. Trost settled on the space at the Tillamook Air Museum because it had tall windows well-suited for natural lighting.

“At the time, the windows were boarded, but I could see that with a little bit of loving care, I could make it the perfect space,” Trost said. “The port was an amazing help in making the space ready. I really loved working with the maintenance crews to install shelving and set up the studio.”

In a few weeks’ time, Trost transformed the space into a bright and cozy pottery studio and store, where she spends her time crafting mugs, bowls, vases and other items that she sells in the on-site shop. The pieces are all done in Trost’s unique style, which involves carving designs into the clay before the pieces are fired in the kiln. 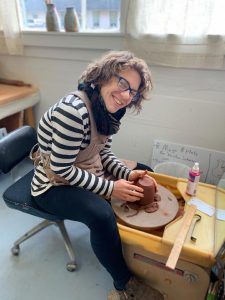 Trost discovered her passion for pottery in 2005, while she was studying art at Mount Hood Community College. She had dabbled briefly with ceramics in high school, but it took a deeper involvement in college for her to realize how much she really enjoyed working with clay, she said.

“It felt very natural for me. It was easy to be on the wheel,” she said.

The college studio also offered something high school had not: a community of like-minded potters eager to trade tips, collaborate and socialize around the kiln.

“I learned that pottery is so much more than making pots. There’s a solitude of creating on the wheel, but then you’re also in a community studio, where you collaborate and talk to people,” Trost said.

It was the move to Tillamook that reopened Trost’s opportunity to reignite her pottery career.

“Shortly after moving, I discovered the Hoffman Art Center in Manzanita. It was really affordable to sign up to use the space, and it was great to be working with ceramics again. Through that, I got to meet my pottery community again,” Trost said.

The connections she made at the Hoffman Center introduced her to Kristy Lombard, another local potter with a studio in Tillamook. Lombard hired Trost as an assistant, which provided Trost with more training, greater connections to the potter community and confidence enough to open her own studio.

“I joke that I want to be Kristy when I grow up,” Trost laughed. “But really, the more potters we have in Tillamook, the better. We all have a different style, so it opens up more options for our customers.”

Jennifer Trost Pottery is located at the studio at 6030 Hangar Road, check her Facebook page for current days/hours.