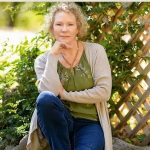 By Jan Boal, RN, CCN
There are many diseases, conditions, that affect our physical health. So it the case with mental health. Often mental illness is seen as something to be feared or ashamed of. That only if “they just pulled themselves up by their boot straps” that it would magically go away and then one could be a well established citizen of the community.
Would you say this about someone with diabetes? Now how we take care of ourselves does effect our physical and mental health. However, just like juvenile diabetes and various cancers, mental illnesses are a result of chemical deficiencies. But these are located in the brain and not organs. Most do not “choose” to be depressed or have severe anxiety. Their brain can have a deficiency of serotonin, the “up feeling” neurotransmitter. Where as the opposite, melatonin, is responsible for sleep.
Mental health is physical health. The brain is grand central station of operations for our physical being. Our brain is part of our physical anatomy. Activated by neurons, neurotransmitters, hormones, the brain can have ailments just like any other part of us.

Yes, I would rather have a broken arm than a broken brain if I had to choose. Brain repair is much more complex than fixing a bone. Maybe this picture is simplifying it but you get my drift as to why there is not one medication that works for everyone with depression or schizophrenia but fixing a bone is a bit more cut and dry.
Physical illness can cause odd behaviors just like mental illness. Delirium presenting as confusion, can even be expressed with psychosis, caused by an infection in our system, medications, metabolic imbalance, surgery or drug withdrawal. Hypoglycemia, low blood sugar, can appear as one being drunk, even giving of a fruity alcohol smell.
Here are few diagnosis’ of more common heard mental illnesses per the DSM-5, the diagnosis handbook on mental illness, with description and some of the accompanying
symptoms.
Depression – Depressed mood, loss of interest/pleasure, weight loss or gain, insomnia or hypersomnia, psychomotor agitation or retardation, fatigue, feeling worthless or helpless and even inappropriate guilt… Often associated with low levels of serotonin, dopamine and or norepinephrine.
Anxiety – Restlessness or feeling keyed up or on edge, being easily fatigued, difficulty concentrating or mind going blank, irritability, muscle tension, rapid heart rate, stressed, and sleep disturbances…
Epinephrine/norepinephrine are neurotransmitters and hormones responsible for adrenaline and energy that is pumped through our body appearing to be at an excess level.
Bipolar Disorder – A group of brain disorders that cause extreme fluctuation in a person’s mood, energy and ability to function. There are 3 types of Bipolar – Bipolar I, Bipolar II and cyclothymic disorder. Symptoms can include severe depression to swings of extreme euphoria, mania displayed with hyperverbal speech, minimal sleep, thoughts of grandeur, inability to stay on task, racing thoughts…. Chemistry behind this disorder are low counts of serotonin – depressed mood, higher levels of dopamine and norepinephrine – increase in mood, thoughts and activity.
Schizophrenia – disorder of the brain effecting thought process, mood, awareness of environment, psychosis – paranoia, hallucinations, delusions and disorganization. May be a result of a change in levels of dopamine and serotonin as well as a dysregulation of multiple pathways in its pathophysiology – dopaminergic, glutamatergic and GABAergic neurotransmitter systems. A disrupt in the interactions between these
receptors contribute to pathophysiology (cause) of this disease.
Now having a better understanding of the causes within the brain, it is my hope that it will lead to decreased fears, stigmas and prejudices of those with mental illness. These diseases, however, are not prejudiced, affecting people of all social economic levels, genders, race, ethnicity and ages. Compassion towards others can unite our community resulting in better care of those who are at a disadvantage, not of their own making.
Support Hotlines – There is Help …
800-923-4357 Behavioral Health Support Line
877-968-8491 YouthLine
800-282-7035 Senior Loneliness Line
800-923-4357 Alcohol and Drug Helpline
503-575-3764 Race Equity Support Line
888-457-4838 Military Helpline
503-244-5211 Administration
839863 Text Short Code