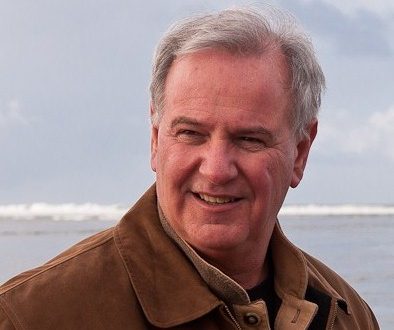 State Representative David Gomberg has filed for re-election for the 10th House District ranging from Tillamook to Yachats and inland to Sheridan.
State Senator Arnie Roblan and south-central coast Representative Caddy McKeown recently announced their retirement from the Oregon legislature. “I was honored by the many calls I received urging me to run for the Senate,” said Gomberg. “But my only ambition is to well serve the cares and concerns of the good people of the 10th district along the central coast and coastal range. I will continue to use my experience and House seniority in their interest.”

Gomberg currently serves as vice co-chair of the budget writing Ways and Means Committee and co-chair of the subcommittee on Transportation and Economic Development. During the 2019 legislative session, over $18 million were allocated to local projects including the Oregon Coast Aquarium, Newport dams, the Lincoln City Cultural Center, emergency egress for Neskowin, the Pacific City Airport, and Tillamook Youth Correctional Facility. The “TED” subcommittee has doubled funding for veteran’s programs, added $400 million for affordable housing, and increased support for Small Business Development Centers.
As a result, Representative Gomberg was named a “Champion” by the Oregon Housing Alliance and a “Small Business Ally” by the Main Street Alliance. The Oregon State Council for Retired Citizens named Gomberg “one of the best champions of seniors in the Oregon Legislature”.
Representative Gomberg also serves on the Governor’s Commission for Senior Services, the Oregon Seismic Safety Policy Advisory Commission (OSSPAC), and the Ocean Science Trust.
David and Susan Gomberg are small business owners. Together they manage Gomberg Kite Productions which offers professional kite shows and kites and windsocks to wholesale accounts and online. They have performed in over 40 countries and provided programs to Walt Disney, motion pictures, and the Super Bowl. In 2008 they opened three Northwest Winds stores. In 2013, they sold these retail stores to focus on legislative commitments.