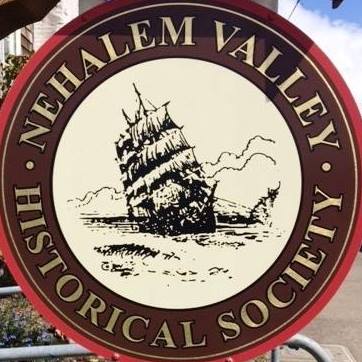 By Dan Haag
The Oregon Coast is a living, breathing history class. On any trail head or beach, it’s easy to imagine you are following in the footsteps of the area’s natives and settlers. What came before the shops, hotels and restaurants? Who walked the trails and fished the rivers when it was for work rather than recreation?
Thanks to the volunteers at Nehalem Valley Historical Society (NVHS), the answers to those questions and more are right at your fingertips. Be warned: if you walk through their doors at 225 Laneda Avenue in Manzanita, you risk losing a whole day stepping back in time.

The space, housed beneath the Pine Grove Community House, boasts an impressive array of items and an ever-growing document collection. They also maintain an on-line archive to make materials available to anyone, anywhere.
The society’s original iteration was far more casual. It began in the 1980’s as a group of residents who shared a love for area history. They met once a month for a potluck at each others’ homes to share stories and discuss how best to preserve local history.
Now, new leadership is taking on a broad set of challenges: expanding hours, updating their website, recruiting volunteers and researching grant opportunities.
President Tom Campbell, who joined the board in early 2017, hopes tackling these items and more will usher in a new era for NVHS.
“There’s not enough hours in the day, but we’re on our way” Campbell says.
At the recommendation of local historian Mark Beach, priority has been given to updating exhibits: NVHS has undertaken the creation of panels and displays that tell the story of the area’s Native peoples.
“We want to show people how they lived, who they were before first contact,” Campbell says, adding that NVHS has recruited help from the Tillamook Pioneer Museum and Doug Deur for this portion of the project.
Exhibits will lead visitors through a “maze” that also highlights the stories of the area’s first white settlers, area industry, and growth of Manzanita, Nehalem, and Wheeler.
“It’ll be displayed chronologically so each visitor can follow the story around the room,” Campbell says, adding that Lloyd Lindley has helped create the vision for how the panels should be presented.
There will also be a space for temporary exhibits, currently occupied by a model of Francis Drake’s Golden Hind, thought by some to have sailed into Nehalem Bay. Campbell moved to Manzanita from Auburn, Wash. He hopes to use his contacts at the Auburn History Museum – where he was previously a board member – to further enhance the temporary exhibit space.
“We’re talking about doing a history of swimming attire here, something they did successfully up there,” he says.
Another aspect of NVHS’ evolution is outreach, and that includes developing a Historical Speaker Series, partially funded by the City of Manzanita’s Off-season Tourism Funds program.


Manzanita got a taste of that in February when Manzanita Mayor Mike Scott – an avid Civil War re-enactor – gave a talk on Oregon’s involvement in the conflict.
“It was really cool, people loved it,” Campbell says.
Future plans for the series also include talks on the native Nehalem people and Oregon surfing.

NVHS outreach also included the clean-up and restoration of the Nehalem American Legion Cemetery. Project Coordinator Valerie Vines Magee led the effort to restore family plots and construct a cedar split rail boundary fence.
“It’s so beautiful up there now, Val did such a great job,” Campbell says. For her efforts, Magee was recently awarded the Sally Donovan Award for Historic Cemeteries by the Oregon Heritage Commission.
Training volunteers in archival techniques is also on the docket. To that end, Magee, along with longtime NVHS volunteer Lyla Hendrickson, will soon be attending an archival management workshop in Garibaldi.
Above all, Campbell says the goal is to establish consistent open hours so locals and residents can take advantage of everything NVHS has to offer. To do that, volunteers are always welcome and needed.
“There is a lot we have to do, a lot going on,” Campbell says.

Nehalem Valley Historical Society is located at 225 Laneda Avenue in Manzanita. To schedule a visit, call (503).368.7460 or email nvhs1987@yahoo.com. Their online archive can be seen at http://nehalemvalleyhistory.org/