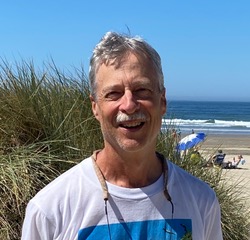 By Randy Kugler
My response to the City Hall researchers: The only issue I have ever raised was paying the City Manager and the Assistant City Manager 50% of their salaries from the Water Fund.
If you look only at the City Manager salary in the years I was employed by Manzanita, 25% was charged to the water fund, not 50%.  Unlike the present situation of five staff at City Hall receiving compensation from the Water Fund, there were only two staff at City Hall taking salary from the Water Fund back in 1989-1996, myself and an Accounting Clerk/Secretary who took 75% and who did all of the billings, new accounts, and customer service and correspondence.
80% of City Hall maintenance was paid by the Water Fund for most of that time because all utility administration and billing was done at City Hall and there was no Oak Street Public Works facility. All Public Works staff offices and their water utility equipment and supplies were housed at City Hall and in the adjacent garage building.

The fixed assets inventory record keeping was completed once I convinced the City that we needed to embrace the use of computers for record keeping tasks.Up until I became City Manager there were no computers, EVERYTHING was done by hand on paper ledgers and the City had no records of equipment inventory or a process to calculate depreciation.

For that 25% each year, this is what the City Manager did:
The point is that during my tenure, the City Manager was heavily involved in the administration and operation of the water utility and for that responsibility and time during the period in question, took about $8,000 ($13,000 in 2019 dollars) a year from the Water Fund.
If the City Hall researchers can document similar accomplishments and responsibilities of the City Manager and Assistant City Manager over these past years that would justify 50% of their respective salaries being taken from the Water Fund, please present your findings so that the community can decide how relevant your analysis is. Given the fact that our full time Public Works Director now has the lead role in operating our water system as stated in his job description, I am sure that citizens will look forward to your analysis that supports a conclusion that by lessening the City Manager’s responsibilities to operate the water utility the City needed to create another full time management position and then double the Water Fund’s contribution to both of those respective positions from what I was receiving when I was doing the job on my own.
Finally, if the City Hall researchers or anyone from Manzanita 2020 would like to have a debate with me on municipal government operations in general or operation of Manzanita specifically, Manzanita Citizens Alliance will investigate how to make such a presentation available to our citizens.