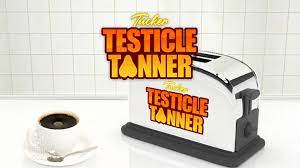 By Michael Randall
In May 17’s primary election, Tillamook County folks will have the chance to vote on proposed Measure 29-161, which if passed will prohibit our county sheriff’s deputies from enforcing those nasty, dictatorial state and federal firearm laws and regulations. Also, Measure 29-161 says that if Tillamook County’s deputies try to enforce them, they “…shall be liable to the injured party in an action at law (Section 5A).”
No doubt, in defense of our liberty, Tillamook County will be eager to defend itself repeatedly in court when the state files suit. Increased county taxpayer expense is no concern when protecting our freedoms from tyrants in Salem and Washington, DC.

For more than a generation, the National Rifle Association and its well-paid elected officials at national and state levels have screeched that “Democrats and Commies are coming to take your guns.” These hyper-ventilations have been useful tools to rally manly patriots and other fearful gun hoarders to the barricades to protect our families against intrusive but normal human projects such as invasion, rape, murder of innocents and theft of cool souvenirs.
Protecting our guns is essential to strengthen our combat mindsets against immigrants, declining testosterone levels, homeless strangers and Bill Gates’ micro-chip covid vaccinations. Flag-draped patriots are particularly concerned about boosting testosterone levels among our current over-supply of sissy men.
We have come to fear governmental gun-grabbers in the last ten or twelve years, in large part due to our helpful addiction to social media. You know, like on Facebook, Twitter, Reddit, Tinder, 4chan and 8chan and other digital dark saviors that have crawled landward from muddy lagoons to help make us more angry and hateful. Through accessing these platforms, we can display our obvious virtue to like-minded souls. We can preen, gossip, manipulate and ostracize hourly. These are incredibly boosts to our self-esteem.
Patriots note the significant loss of testosterone among America’s men. Some say it’s our addiction to online porn. Some say it’s a natural evolution of all societies in decline, and which have fallen off the important impregnation cliff.
As our former President in Mar-a-Lago might intone, “Many people say it’s the Chinese Jewish George Soros failing New York Times liberal democrat cannibals’ satellite lasers that are frying the little pollywogs before they can leave the male body to marry the female eggs.” He’d likely go on to explain how human impregnation works.
This could be an important element of his 2024 presidential campaign. He may repeatedly tweet, “Where are the pollywogs? Who took them!! Sad!!” That will get everyone worked up. Then he will leave it to Sean Hannity, Tucker Carlson, Steve Bannon, Alex Jones and other infotainment heroes to teach the electorate how the Democrats always interfere with manly men’s pollywog travels.
Speaking of Tucker Carlson, I heard that he and a guest on his FOX show have come up with a solution to the testosterone depletion problem among our contingent of boy-men. The solution involves “testicle tanning.” Seriously. No kidding.
Being at first skeptical, I googled this particular Tucker episode. Preppy Tucker did seem uncertain at first but, sure enough, he did come around to encouraging his guest’s insights. The Tuck knows the importance of regenerating American men’s pollywog supplies, and this could be an important solution to the problem of our decline. It involves toasting one’s testes with red light. (Maybe the Tuck’s guest meant ultra-violet rays? Maybe bleach would help.)
Since the Tuck aired this episode, he has developed new technology to support this project. Absolutely as important as our former President urging people to ingest bleach as a Covid-19 cure, Carlson’s innovation is the “Tucker Testicle Tanner,” a clearly labeled two-slot medical toaster. I hear it soon will be available on Amazon.
Many people think the testicle toaster will be brilliant. They suggest that Tucker and Sean Hannity simultaneously insert themselves into one of the two slots to share the reinvigorated pollywog production cycle. It would be a kind of sweet bro-nad therapy.
Also, lots of people have urged that former President Trump and his object of affection and admiration, Vladimir Putin, enjoy sharing a toaster cycle together, too. It might make Trump even more appealing to the ladies than he already is.
Also, Putin would gain more self-confidence from their mutual encounter in the testicle toaster. Perhaps he would no longer feel his manhood threatened by Ukraine’s freedom. He would suddenly begin to care about not crippling his own nation’s economy, and his vast nuclear missile force would not be on hair-trigger alert to destroy humanity.
But back to that key local issue: Democrats and Commies have taken away enough of our freedoms. We need Measure 29-161 to protect our firepower, allow our sheriff’s deputies to violate their constitutional oaths and break state law. No tax payer expense is too great when it comes to hoarding our bump stocks, ghost guns, high-capacity mags and other personal protection essentials.
Clearly, sponsors of this proposed ordinance do not need Tucker’s testicle tanning toaster because their hearty pollywogs are already on the march, and singing that old battle song, “We are stout-hearted men.”