SEATTLE — The Coast Guard rescued a missing hiker from a ravine late Sunday near Six Mile trail in the southeast area of Olympic National Park.

Fisher entered the park on Sept. 8 and was missing for a week.

An Olympic National Park search and rescue team located the man at about 4:35 p.m. on Sunday. They had verbal contact with him but could not access the area due to the steepness of the ravine. The party contacted Coast Guard Air Station Port Angeles at 5:10 p.m. requesting air rescue assistance.

Air Station Port Angeles contacted watchstanders at the 13th Coast Guard District command center in Seattle to alert them to the situation and launched an MH-65 Dolphin rescue helicopter crew to the scene.

Once in the vicinity, it took the aircrew about 30 minutes to locate the search party. The hiker used a flashlight to vector the helicopter into the area.

Due to fuel constraints and the complexity of the hoist, another aircrew aboard a Coast Guard MH-60 Jayhawk helicopter from Air Station Astoria was also dispatched to the scene. 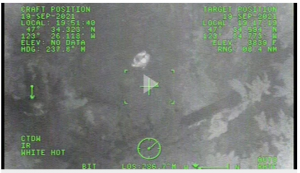 The Astoria aircrew took over from Port Angeles at 7:20 p.m. and deployed their rescue swimmer into the ravine.

The Coast Guard aircrew hoisted Fisher from the ravine at about 8 p.m. and took him to Olympia Regional Airport.

The crew landed at 8:30 p.m. and the hiker was transferred to awaiting EMS in stable condition.

“Thanks to the National Park Service rescue teams who located the stranded hiker and were able to direct our aircrews to achieve a safe rescue,” said Lt. Cmdr. Colin Boyle, 13th District command center chief. “The Coast Guard urges hikers and mariners venturing into remote areas to have a plan for reliable communication to reach first responders if necessary.”

Here is the press release from the National Park Service:
Search for overdue backpacker missing for a week ends with a rescue

A search for overdue backpacker Jerren Fisher, who was missing for a week, ended Sunday evening with a rescue in Olympic National Park. National Park Service search and rescue teams made voice contact with Fisher at 4:36 pm on Sunday afternoon. With a break in the weather, the park requested assistance from the United States Coast Guard to locate Fisher and a helicopter from Port Angeles was dispatched. At 7:16 pm the Olympic National Park search and rescue teams spotted Fisher on a hillside in the Seven Stream drainage, just north of Six Ridge. A larger Coast Guard helicopter from Astoria, Oregon hoisted Fisher and transported him in stable condition to Olympia Regional Airport where he was taken to the hospital for medical evaluation and care.

Special thanks to the volunteers from Olympic Mountain Rescue and Tacoma Mountain Rescue who aided the National Park Service in the search; to the Washington State Search and Rescue Planning Unit and North Cascades National Park for their support; and to the United States Coast Guard for their assistance in this successful outcome.

Visitors are urged to plan ahead, hike smart, pack the Ten Essentials, and have an emergency plan—even for a day hike. Hiking is a popular activity through the fall and visitors are reminded to be prepared for changing weather conditions that can also affect rescue efforts. Consider learning CPR and basic wilderness first aid, especially if you are planning to hike in the backcountry.

The search and rescue operation to locate Fisher began on Thursday, September 16 when he was reported overdue to park dispatch by a family member. Fisher had a wilderness permit for September 8-12 and was planning on camping at Enchanted Valley, Marmot Lake, Camp Pleasant, and Sundown Lake before returning to his vehicle via Graves Creek Trailhead. Park rangers then located Fisher’s vehicle at the Graves Creek Trailhead and initiated a hasty search.

Search and rescue personnel hiked into the wilderness Thursday afternoon from the Graves Creek Trailhead towards Sundown Lake following Fisher’s itinerary in reverse as well as from the North Fork Skokomish Trail. National Park Service personnel who were already in the wilderness assisted with the search between Marmot Lake and Camp Pleasant. The search continued through the weekend despite efforts being hampered by the cold, rainy and windy weather. A storm system across the Olympic Peninsula created unfavorable conditions for the use of aviation search resources until Sunday evening.