July 3rd, 2021, at 11:30 a.m.
Arch Cape, Oregon
A Guadalupe fur seal, a threatened species, was reported as entangled to the Seaside Aquarium at 11:00 a.m. on July 3rd and was resting on the beach when reported. When the aquarium came on scene the fur seal had crawled onto an offshore rock, responders had to wait for the tide to go out before attempting to capture the animal. Once the rock became accessible they were able to safely get to the animal, capture it, and place it in an animal carrier for transport. The fur seal will be transported to a licensed rehabilitation facility for a full veterinary health assessment, disentanglement, and stabilization. If all goes as planned, the animal will be released back into the ocean once it is healthy. 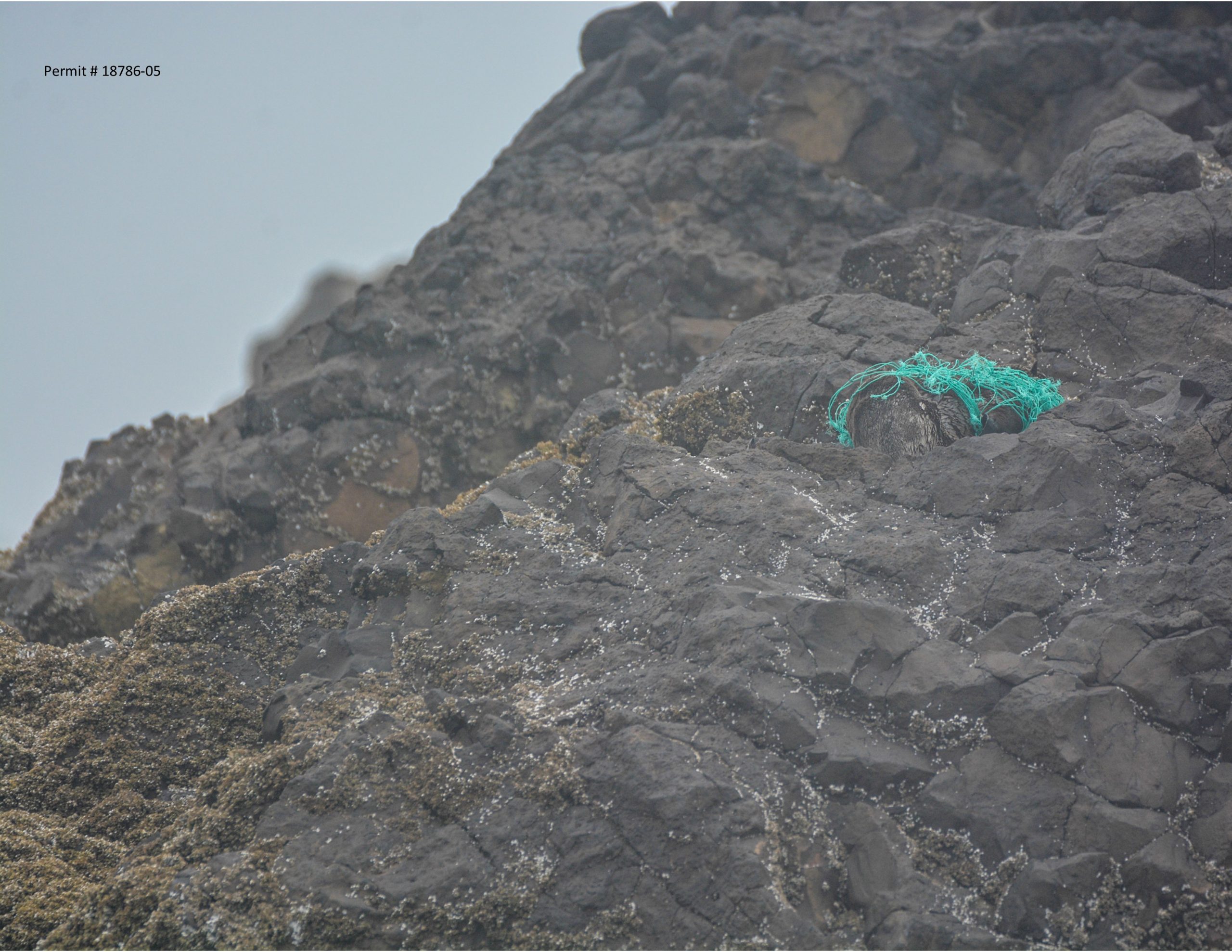 The fur seal was originally reported on July 1st but before the aquarium could respond a well-meaning member of the public attempted to remove the entanglement and the animal fled back into the ocean. The aquarium would like to remind everyone that even if it seems like a good idea, it is best to let trained responders deal with marine mammal emergency situations. If you see a marine mammal trapped in netting the best thing you can do for the animal is give it plenty of space, keep dogs away, and call the West Coast Marine Mammal Stranding Network at 1-866-767-6114.
Seaside Aquarium partners with Portland State University and NOAA’s West Coast Marine Mammal Stranding Network to respond to strandings on the Oregon coast. Since 1995 Seaside Aquarium and Portland State University have spearheaded the Southern Washington Northern Oregon Marine Mammal Stranding Network, a collaboration of experts and volunteers to respond to stranded marine mammals along the southern Washington and northern Oregon Coast. Through this program, locally stranded Guadalupe fur seals are able to be recovered and transported to rehabilitation centers.
For more information on Guadalupe fur seals visit: https://www.fisheries.noaa.gov/species/guadalupe-fur-seal