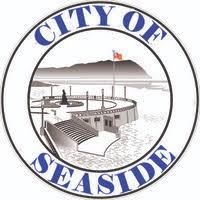 Seaside, Ore. – Thursday, May 21, 2020 – The Seaside City Council voted five to one in favor of reopening all lodging in the City of Seaside beginning Tuesday, May 26 during a special city council meeting on Wednesday evening. The motion, which followed 90 minutes of thorough discussion and presentations by lodging leaders, means Seaside lodging properties can begin to reopen rooms that have largely sat vacant since the order for closure went into effect March 23.

Clatsop County moved into Phase One of Governor Brown’s reopening plan for Oregon on Friday, May 15, paving the way for many businesses to resume operations after nearly eight weeks of closure. The Seaside beach, which had also been fully closed since March 23, reopened on Monday, May 18 and now lodging will be permitted to resume operations following the Memorial Day Weekend holiday.
In other business on Wednesday night, the Seaside City Council also voted unanimously to resume all city meetings in June. Most meetings, which include city commissions, committees and boards, had been suspended during the months of April and May due to the closure of public buildings and gathering places in Seaside. These groups are volunteers – appointed by the city council – that provide review and guidance to the staff and operations of the convention center, library, visitors bureau, airport, parks and community center.
The City Council also fully supported a move that would provide financial assistance to the Seaside Chamber of Commerce and Seaside Downtown Development Association. Councilors gave authority to distribute a total of $10,000 to the two business organizations in a 60/40 split, with the Chamber receiving $6,000 and SDDA the remaining $4,000. The rationale mirrors a distribution model the city uses to provide funding to each organization from a portion of business license fees on an annual basis.
Seaside City Council will not meet on Memorial Day but resume regularly scheduled meetings on Monday, June 8 at City Hall. Further details on the meeting – with social distancing protocols and meeting participation – will be provided in early June.