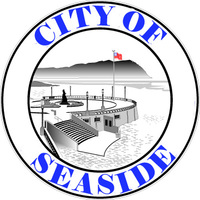 Seaside, Ore. – June 6, 2022 – On Sunday, June 5, 2022, at approximately 11:19 p.m., a Seaside Police Officer was conducting a traffic stop on a 1999 Toyota Camry along U.S. Hwy 101 – south of Beerman Creek Lane – with his emergency lights activated. While the officer was speaking with the driver of the Camry, a 2005 Hyundai Tucson was traveling southbound and ran into the rear of the stopped patrol vehicle, pushing it into the Camry stopped by the officer.

The officer immediately requested medical support, and Seaside Fire and Rescue, as well as Medix Ambulance responded to the scene. The Hyundai Tucson that collided with the patrol car rolled onto its side and the driver had to be extricated by Seaside Fire and Rescue. That driver was checked by medical personnel and cleared of any injury. Fortunately, the driver of the Camry and Seaside patrol officer, driving a 2016 Dodge Charger, were also uninjured.

The Clatsop County Sheriff’s Office began the investigation and subsequently arrested the driver of the Hyundai Tucson for DUII. Oregon State Police has since taken over the crash investigation portion of the incident.