Seaside, Ore. – March, 30, 2019 – On Saturday, March 30, 2019, at approximately 3:18 a.m., Seaside Dispatch received a call regarding an alleged assault that had occurred near the intersection of Ave. K and S. Columbia St. in Seaside. When police arrived on scene, they discovered Travis Todd, 49, of Forest Grove, with serious assault injuries.
Todd was transported to a local hospital and later transported to a Portland-area hospital where he remains in serious condition. 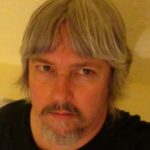 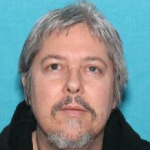 Police are seeking witnesses who may have seen Todd sometime after 6:30 p.m. on Friday, March 29. They believe he may have been drinking, possibly in local bars and appears to have been on the Seaside beach and near the Promenade sometime before the assault occurred. He had checked into a downtown, oceanfront hotel earlier that day.
If you have any information or believe you may have seen Todd between the hours of 6:30 p.m. and when the assault occurred at approximately 3:15 a.m., you are asked to call Seaside Police at (503) 738-6311.