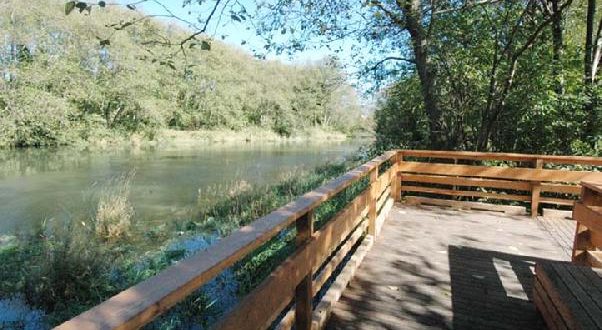 Calling all volunteers! The City of Tillamook, the Tillamook Bay Watershed Council (TBWC), Tillamook Estuaries Partnership (TEP), and the Tillamook County Historical Society (TCHS) have joined forces to organize a series of volunteer work parties aimed at improving and maintaining Tillamook’s historic waterfront parks. You can join the fun on Saturday, March 2nd, for the first work party at Hoquarton Park from 10:00AM to 2:00PM. The City is providing the pizza and hand-tools. TBWC, TEP and TCHS are providing community outreach, volunteers, and native-plant expertise. The goal for the March 2nd event is to pick up trash and remove as much ivy and blackberry as possible, with a focus on the waterfront of Hoquarton and Sue H. Elmore parks.

“The City has put a lot of work and money into improving Hoquarton and Sue Elmore Parks since the completion of the US 101/OR6 interchange,” said Rob Russell, Coordinator for the TBWC and President of the TCHS. “Now we have an opportunity to get involved, offer assistance, and bring our community together around these important places. In the process, we can help to write the next chapter in Hoquarton Slough’s rich history.”
Hoquarton Slough was the original sea-port and the center of industry for the City of Tillamook until the late 1950s. The land adjacent to the US101 bridge was purchased by the City in the 1990s, and was developed into two waterfront parks—Hoquarton Park on the east side of the highway, and Sue H. Elmore Park on the west side. Hoquarton Park features an interpretive trail and viewing platforms along the water, while Sue H. Elmore Park offers picnic areas, restrooms, and a public ramp for paddling and boating.
“We’re excited to have these great local non-profits stepping up and getting the local community involved,” said Dale Hickman, Field Operations Supervisor for the City of Tillamook. “These are Tillamook City parks, but they belong to all of us and they will benefit greatly from community stewardship.”
The Tillamook Estuaries Partnership provided a great deal of the leadership, funding and volunteers that went into creating the last iteration of Hoquarton Park before it was shaken up by the US 101/OR6 traffic project. TEP acquired grant funding to construct ironwood plankways and viewing docks, and its volunteers helped with park design, landscaping and the planting of native trees and shrubs. Today the plankways and docks are still in pretty good condition, and the trees that TEP planted along the slough have grown tall enough to provide shade and wildlife habitat.
If you would like to volunteer, meet in the parking lot of Hoquarton Park on Saturday, March 2nd at 10:00AM, and bring a friend.