The Hoffman Center for the Arts in Manzanita will screen nine award-winning short films made by young filmmakers worldwide Friday, Feb. 28 at 7:30 p.m. The films were honored last September at the Gateway Film Festival at Pacific University in Forest Grove.
The program will run about 70 minutes, and admission will be $7.

The films to be shown are “Let.Go.Before.Trying” by Anna Mendes of Ashland, Oregon; “Istanbul: Home Away from Home” by Selin Tiryakioglu of Jacksonville, Florida; “Double Vida” by Sharlany Gonzalez from the Dominican Republic and Maryland; “63 Miles Away” by Emman Josephson of Portland, Oregon; “Writer’s Block Party” by Gabriella Sipe of Olympia, Washington; “The Quiet” by Radheya Jegatheva of Joondanna, Australia; “She” by Felix Koble, of Cape Town, South Africa; “Beacons of Portland” by David Pascual-Matias of Portland Oregon; and “Irony” by Radheya Jegatheva of Joondanna, Australia.
The festival was curated and hosted by Pacific University students and Media Arts Department faculty. Brendan Swogger, one of the event organizers, will attend the screening to discuss the films and answer audience questions. 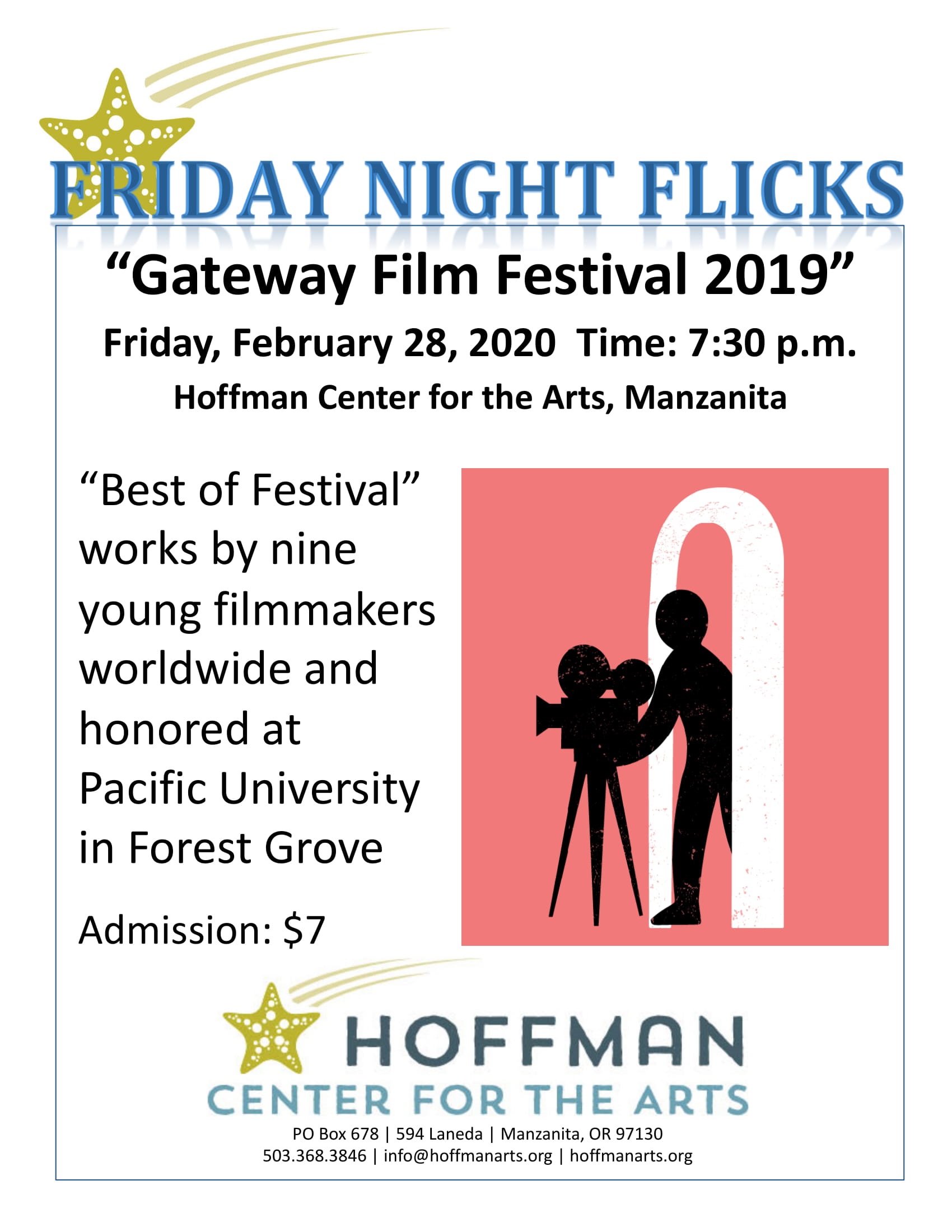 The Manzanita Film Series is a program of the Hoffman Center for the Arts in Manzanita. Films are screened monthly throughout the year.