The November Gallery show at Hoffman Center for the Arts opens on November 5 featuring three local artists: Kathleen Larson whose ceramics are created in the Japanese Kurinuki tradition, Peggy Biskar with fabric collages hand-assembled and stitched with Japanese fabric scraps and Cathie Howell who has created expressive mixed media collages. The work of these three artists, while each unique, are complimentary to one another for a really fabulous show. 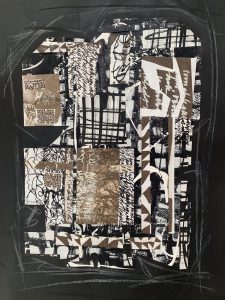 This body of work represents a mixed media/collage process of the meeting, the overlapping, the connecting, the crossover, and the recycling of often unrelated images working toward a unified whole.

All of the images combined result in the synthesis of the almost 70 years of art making and creative endeavors. Piecing together images from drawing, painting, printmaking, photography, fabric design, improvisational silkscreen, weaving and calligraphy.
INTERSECTIONS: A Metaphor
Integrating a fully lived life… all the ups and downs, the ins and outs, the light and darks, the high and lows, the wins and losses. 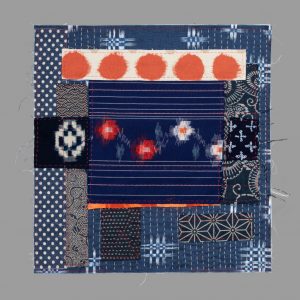 Peggy Biskar
“BORO refers to patched textiles prevalent in the frozen northernmost region of Honshu, Japan. During the Edo Period (1600-1868) dirt-poor farmers wove fabric from hemp which was used to make everything from work clothes to baby diapers to futon bedding. To provide extra warmth when the fabric was frayed and worn, double and triple layers of hemp were added, holes were stuffed with bits and pieces of rags, and heavy surface stitching called SASHIKO was stitched across the shoulders, back and chest. The result was a richly decorated cloth thought now to be of significant artistic importance.

While on a textile tour in Japan in 2018, I had the opportunity to see a major exhibit of Boro farm clothing at the Amuse Museum in Kyoto. I was inspired by the indigo-dyed fabrics faded with age, the traditional clothing shapes, and the bold hand stitching.”

“Clay allows me to use a forgiving material to make a visual story of the natural world that is very inspiring and fulfilling to me.

The pieces in this show are based on the Japanese style Kurinuki which means to take away, to remove clay and turn it into a usable vessel of some kind. I use several tools to literally take clay away, to cut and tear, to scoop it out. There can be mishaps in the process, but it is all a growing process that is very fulfilling. I try to create pieces that are functional as well as sculptural in nature.” 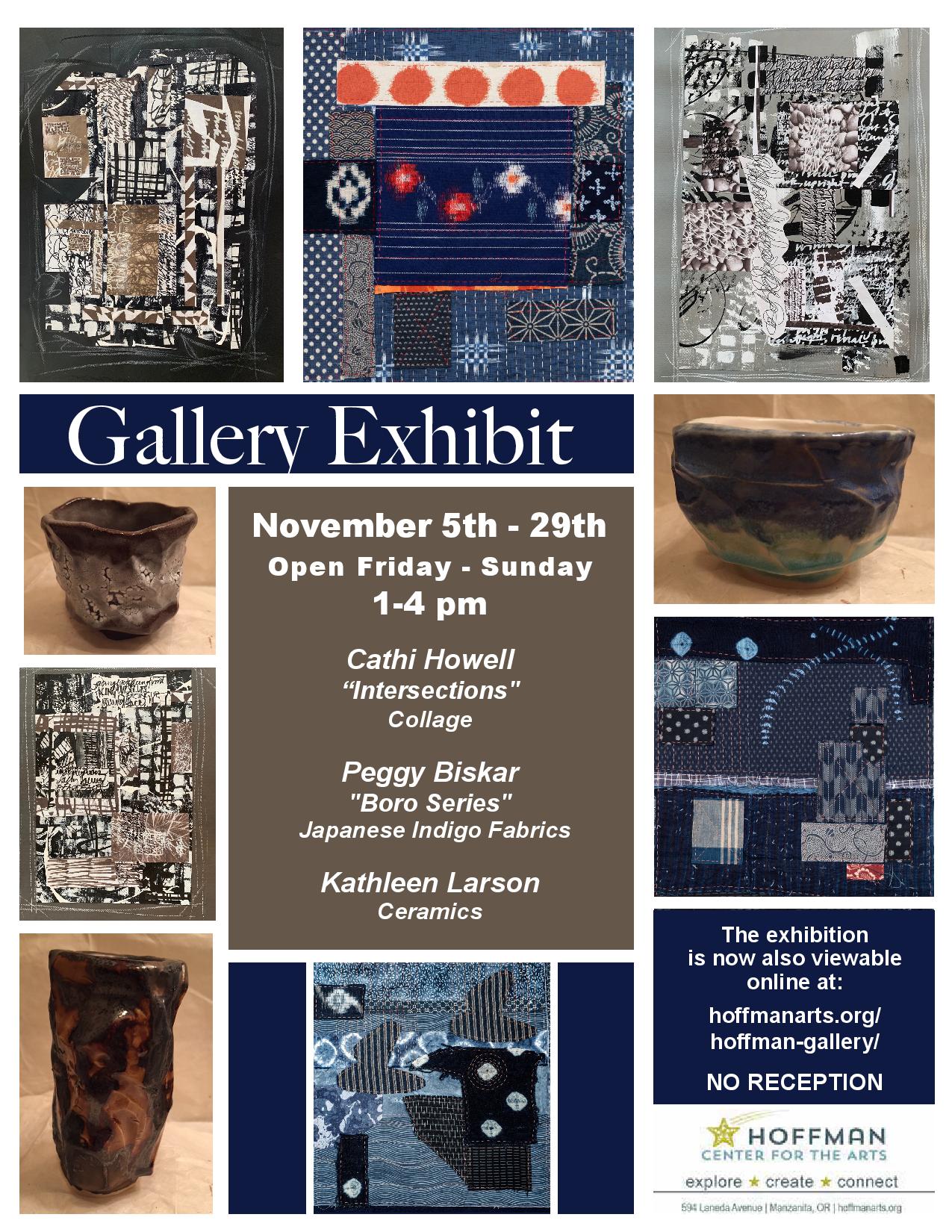