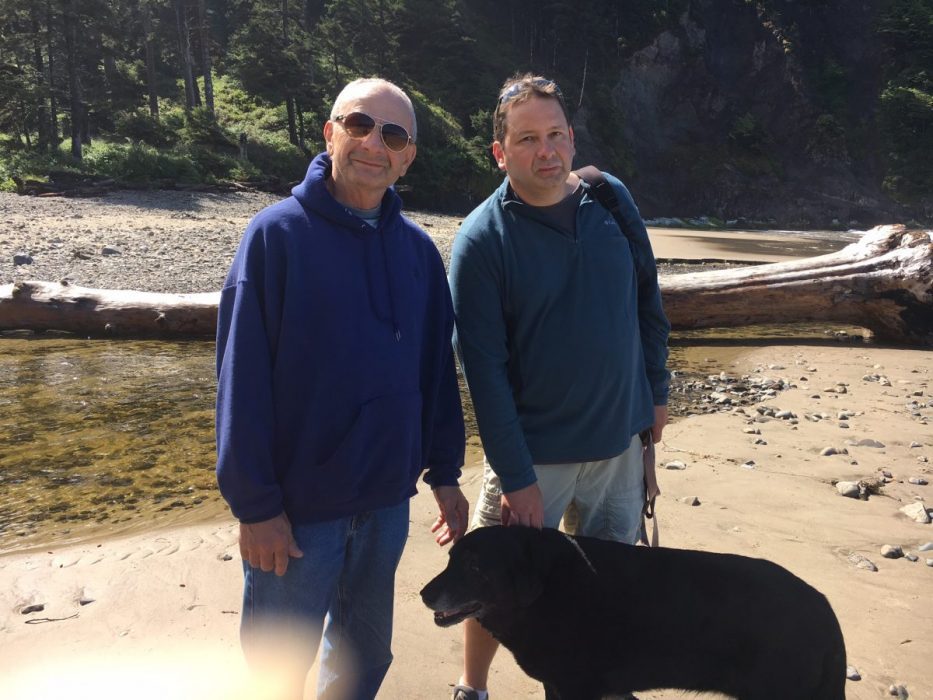 I wasn’t a very bright teenager. I’m not talking about academics, just common sense. Basically I would eat, jump off of, or light fire to anything anyone dared me to. With apologies to Johnny Knoxville, I was the original “Jackass.”

Frankly, not much has changed other than through trial and error, I now turn off the circuit breaker before inserting my fingers into the open wall socket.Raging hormones kicked in at about age 14. Combined with my need to find new and interesting ways to injure myself on a daily basis, I was a bit of a handful.

Being my dad in those precious years wasn’t easy. Overnight, I went from playing hide-and-seek and reading comic books to lighting the shower curtain on fire and writing horrid love poems to Linda Carter (don’t ask.)
I often cringe when I think of my poor dad during those years. The look in his eyes clearly said “where has my son gone and who was the pimply, love-addled Mr. Hyde who had replaced him?”

I wouldn’t have blamed him one bit if he had taken my mom and sister and entered the witness protection program. Living in Provo, Utah and starting anew must have been tempting.
But he didn’t. In fact, he never gave up on me, not once.
Not that I didn’t push him.

When I was 18, I informed my folks that I had asked my girlfriend to marry me and we would be moving into my parents’ basement. Rather than go to college, we would set up a happy love nest for two. They could cook for us and the 5 kids we were going to have. Could anything be more perfect?

I didn’t recognize it then, but looking back at that moment I recall a very specific struggle going on behind my dad’s eyes. It was that of a man using every ounce of his will to restrain himself from throttling me right then and there. It was Bruce Banner pushing away the Incredible Hulk.

But he let me say what I needed to say and about a week later, I thought it was the dumbest idea in the history of dumb ideas. That was part of the key to my dad’s success as a father: he let me get my stupidity out of my system, and eventually (for the most part) it ran its course. Then, he’d hand me some sandpaper or a paint brush and let me help him fix or paint something. No words, just the smell of freshly sanded wood or the sound of nails pounding. It was the best sort of calming therapy.

As an adult, I’m very close to my dad. We live close by and help each other with projects around our respective homes, walk the dog together, and share a beer every once and awhile. He’s still my mentor, always my friend. He doesn’t hold any of the stupid things I did or said when I was a teenager against me. In fact, I like to think that those moments became the building blocks that cemented the foundation of our adult relationship.

But mainly, I think he’s happy to have such a wealth of what he thinks are wildly hilarious stories from my past stored up to share with my wife, friends, neighbors, and total strangers passing on the street. “Did Dan ever tell you about the time that he…” is my cue to exit stage left. Fast.