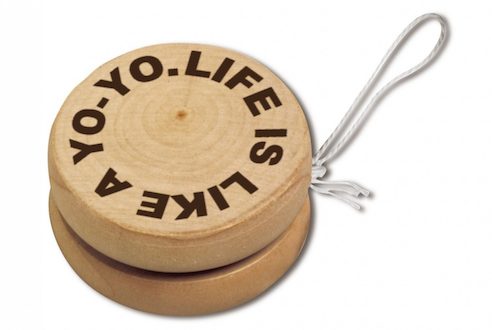 By Dan Haag
Life’s cruelest truth is that every vacation must eventually end. It happens to all of us, that dreaded return to reality. I see it at the end of every summer on countless faces. Such was my predicament after my last vacation, a winter visit to Hawaii.
I sat with my wife and family in the Maui airport bar, wondering where time had gone and listing Oregon’s pros and cons on a cocktail napkin. The Weather Channel was on and the display highlighted a storm front forming over my home at the Oregon Coast. I glanced out the windows at the warm blue skies of Hawaii and angrily scribbled “weather” under cons. My wife patted my arm in a “there, there” manner and gently removed the shredded paper from my reach.

Our Portland-bound flight began seating. We joined the lineup of sullen, dispirited Oregonians ending their vacations. Happier faces have been seen boarding a prison bus.
I found my cramped seat and waited for the beverage cart to find me. It was a full flight, the only seats still empty the four right in front of us.
As the plane filled, I noticed an odd sensation, not unlike in Star Wars when Darth Vader is near. The seats around and behind us were filling but those in front of us remained eerily vacant. The ominous strains of John Williams’ “Imperial March” began in my head.
Then came a noise building steadily towards us, the kind of sound made by an angry cat stuck in a tree. Through the curtain they burst, a family of four, descending on us like the army of Xerxes at Thermopylae: a mother and father, carrying/dragging a boy and girl. The girl was being carried by the mother and she writhed like a burning snake. The boy clung to dad’s leg and screamed for candy. Janell and I exchanged glances and I saw the look of a condemned inmate in her terrified eyes. There was no denying it. They were coming right for us.
Watching them settle in front of us would have been comical if I was watching it on TV. Dad “took charge” of the kids and they climbed over and around him like he was a jungle gym. He threw candy at them like they were seals and they jumped and clapped accordingly. Mom stowed luggage, banging several heads along the way and muttering “sorry” without much conviction. Somehow – with no small amount of cajoling by the flight attendants – they got situated.
During ascent, the boy introduced himself. He popped his head over the seat and sneezed, spraying me with animal crackers. I flicked an elephant’s head off my sleeve and gave him a smile that said “That’s nice. Now go away.”
Then he said it: “Yo-Yo.”
I wasn’t sure if he was calling me a name or asking for a toy. If it was the former, I considered defending my honor, but assumed that picking a fight with a young boy would land me on some sort of watchlist.
Again he declared “Yo-Yo!” He pounded his seat adamantly. I got no support from Janell; she had commandeered my iPhone and was trying to drown the lad out with the loudest music she could find. I could tell by her clenched jaw that she was having limited success.
There was a moment of eye-of-the-storm calmness.
Then the clouds burst forth “YO-YO!” in a thunderous deluge. He varied it in pitch, frequency, and tempo. This prompted his sister to join in. Occasionally, dad would lean over and ask “Yo-Yo?” to which both would reply “YO-YO!” He would reward them with candy and the process would begin anew.
I began plotting an Occupy First Class movement, shouting “Who’s coming with me??” like Jerry Maguire. This would probably lead to an emergency landing on Midway Atoll and the only person removed from the plane would be me. There, I would spend quality time dressed in a Federal orange jumpsuit, scrubbing bird-droppings off rocks. I filed the idea in my head under “Break in case of emergency.”
They shrieked “YO-YO” into the night and across the time zone change. As we landed in Portland, passengers who bore witness slumped dazedly in their seats and drooled. Our new friends de-planed and cut a swath of destruction through PDX. They ran in circles, knocked over luggage, screaming “YO-YO!” with triumphant ecstasy. Mom lavished more candy and proudly proclaimed “Wow, they behaved really well this time,” to which dad heartily agreed. I exchanged a surprised look with a lady gathering her luggage.
“Did she really just say that?” she asked incredulously. I nodded dumbly and listened as the sound of “Yo-Yo” faded down the concourse.
I was too tired to be angry and in retrospect, I should thank them; vacation was a distant memory and I had never before been so happy to see Oregon.
I vowed to kiss her rain-sodden skin and never again complain about her weather.