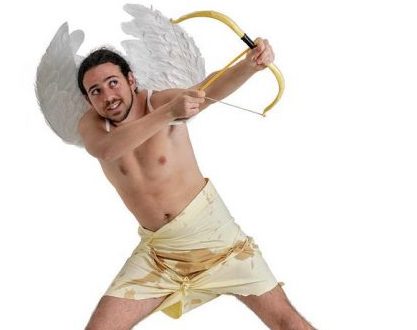 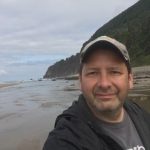 By Dan Haag
I’m just going to come right out and say it: I love Valentine’s Day. I know there’s a very vocal segment of the population that gripes every year about how it’s a fake holiday, created by greeting card companies for the purposes of buying cards and flowers. Jay Leno famously referred to it as “Extortion Day.” Other than having a cold, dirty ash tray in place of where their heart should be, I can’t imagine why anyone would think such a thing. After all, there are countless poems, movies and songs devoted to love. Everyone from Lord Byron to Muddy Waters to Mick Jagger to Michael Bolton has weighed in on the subject.

I suppose it’s a product of the cynical world in which we now live. It’s easy to label a holiday celebrating love – or the possibility of love – as trivial or passe. We’re adults after all, with all manner of adult things to tend to: work, bills, politics, that weird stain on the living room carpet that we can’t seem to get out that your mother-in-law mentions every single time she visits. Who has time to indulge fancies of love and romance? After all, that special someone in your life should know how you feel about them after all this time without having to make a fuss out of it. Right?
Think back to that first time you felt what you would come to know as love for someone new. It may have been unrequited, possibly painful, definitely confusing. But also wonderful.
For me, it was that most hallowed of traditions, the fourth grade Valentine’s Day card exchange. We were instructed by Mrs. Klaphake to find a shoebox, decorate it in whatever manner we saw fit and place it on our desks. Then, we would go around the classroom and drop Valentines into the boxes of those we deemed deserving of our affection. We had license to express in our own fourth grade way how we felt about fellow students.
Yes, it could be cruel. I believe I mentioned earlier that love can be painful. There were always a few kids who didn’t fare well in the final tally, while others needed to hire a moving van to take away their haul of cards. But it was a beginning, an introduction to the “warm fuzzies” another person can generate in us. Or, in my case, rivers of flop sweat.
I had a fourth grade crush on Susan Erkens. I didn’t know what a crush was, only that every time she walked by I began sweating like I was two feet from the sun. To her credit, she always smiled and waved at me even when she probably secretly wondered what was wrong with me.
The only problem was that she had a crush on Sean Hazelkamp. I mean, it made sense. Both were good-looking, tall, funny and extremely good at kick ball. In fact, all of the fourth grade girls had a crush on Sean Hazelkamp. But I digress.
Even so, Susan Erkens put a Valentine in my box. I don’t remember what it said, probably something innocent like “Have a Nice Day.” It didn’t matter. What did matter was that she had thought enough of me to fill out and make me a card, even though she must have known I’d immediately dissolve it with fourth grade boy sweat. Still, to be momentarily singled out like that was a powerful feeling and an important lesson for a young heart. (Full disclosure: Susan Erkens put a Valentine in everyone’s box that day. She was a very nice person, especially for a fourth grader. Honestly, Sean Hazelkamp wasn’t all that bad either).
Flash forward some few hundred years later to the first Valentine’s Day my wife and I shared as a dating couple. I pulled out all the stops: roses, dinner, a mixed tape full of 80’s power ballads. I managed to keep the sweat to a slow trickle though the horribly crappy poem I wrote her should probably be taken to the nearest volcano and destroyed. Despite that affront to poetry, the feelings it conveyed were very real.
One more recent Valentine’s Day, we decided to get away at the last minute and found ourselves at a Shilo Inn. I know what you’re thinking: nothing says romance like a Shilo Inn that hasn’t been updated since Moses parted the Red Sea. Nonetheless, I gave her a cheesy heart-shaped necklace and she cried tears of happiness and immediately fell asleep with her head on my chest. Wondering what all the fuss was about, our large dog climbed up on the bed and promptly fell asleep across my legs. I’ve never been happier.
So keep Valentine’s Day alive. Buy that card. Write that poem. Give that bouquet. Say those three words. Love isn’t fleeting and anyone who tells you differently is doing it wrong.
As for me, I’ll keep finding spontaneous, romantic ways to express how I feel about my wife every Valentine’s Day. To that point, she has occasionally mentioned how she’d enjoy seeing me dress up as Cupid and sing her a love song. I appreciate how she is on board with the spirit of the day. I’m not ashamed to admit I’m still head-over-heels for her and she knows there really isn’t a lot that I wouldn’t do to make her happy.
In this instance, however, I am reminded of the immortal words of Marvin Lee Aday.
I would do anything for love.
But I won’t do that.