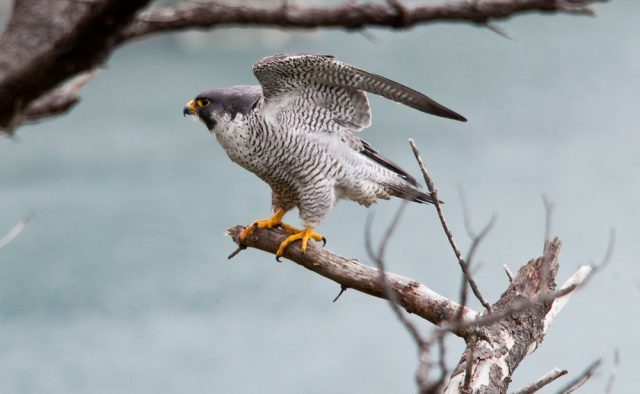 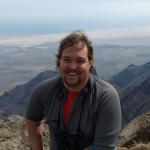 By James Billstine
Every year in December a group of… well, some would say intrepid, some would say, perhaps more accurately, neurotic enthusiasts spread out over a 15 mile diameter circle in Tillamook County to count birds. They come from all corners of the state to participate in the Tillamook Bay Christmas Bird Count, whose boundary circle reaches from the Tillamook airport in the south, to the edge of the forest on Highway 6 to the east, and north to Rockaway Beach.

Bird-count records for Tillamook Bay exist from 1914, where some of the highlights were 53 Song Sparrows, 100 Pine Siskins, and a single duck (a Bufflehead). Since then, there was a count in 1939, 1949, and now continuously since 1965. The data from these counts is collected and organized by the Audubon Society. While year-to-year data is not of much use to scientists, the duration of data from consecutive years gives valuable data on population trends in species like ducks. It also gives data on a species like the Eurasian-Collared Dove, the now-ubiquitous powerline percher which wasn’t recorded on the Tillamook Bay count until 2009 when 34 were counted, with at least 100 (peaking at 340 in 2015) having been recorded every year since then.

So why do people really participate in the count? Well, it’s fun to be outside, and it’s competitive. Every year people try to find more species in their area and the count overall than they did before. (“What if they lie?” I am often asked. If the perceived sanctity of scientific data isn’t enough to sway you, I would use an analogy comparing it to golf. I could tell someone I shot 3 birdies and an 15 eagles but everyone who has seen my baseball grip would know I was a liar. Similarly, if I reported the equivalent on a bird count people would know I was on the wrong kind of green.) Also, observing birds can be impressive. If you have ever seen a Peregrine Falcon coursing after its prey you have seen that nature is truly red in tooth and claw… errr… bill and talon.

This year the Tillamook Bay Christmas Bird Count is on Saturday, December 15. If you have bird feeders that you keep filled we would love to have you count at them for us, or with your permission we can send someone over to count. If you would like to put some up we can give you some advice on how to effectively do so. Every year we miss a number of species that keeps us from breaking our record of 156 (from 2004 and 2010). If you know where there are some Wood Ducks, Gray (Canada, Camp Robber) Jays, Cowbirds, or Ruffed Grouse to be reliably found in mid-December within the count circle come join us, or let me know where they can be found. So, if you want to join a group of experts for a great day in our amazing county and share some hot food and stories at the end with your new friends, email me at billstinj@gmail.com