Story, Photos & Video by Don Backman
The New Years Eve ball drop at Second Street was a well attended family event despite freezing temperatures. The huge white heated tent was
rocking with the music and a crowd or over 250 people had come through the tent. People were dancing, listening to music, and playing games in
the well ventilated tent. A hardy crew of flaggers were making sure the people crossing in the crosswalks did so safely.

When the time came, the music stopped and the announcement was made, the group trooped outside in the freezing air and gazed up at a glowing ball
hung suspended from the boom ladder of a Tillamook Fire truck. It slowly dropped then a chant of 8.. 7.. 6… counted down to one and then
zero, and the ball lit up with a brilliant white glow. The crowd toasted the New Year with a glass of sparkling apple juice.

There were two ball drops, one at 9:00PM to coincide with midnight in New York, and early bedtimes for younger children. A second ball drop at midnight local time was well attended as well. The temperature had dropped to 28 degrees by the time the ball descended. This time a glitch prevented the ball from lighting up as it had before, but a few moments work by the crew from Tillamook Fire had it glowing perfectly.

It was a fun, positive community family event, judging from the smiles and cheers from the crowd. 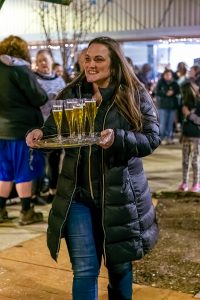 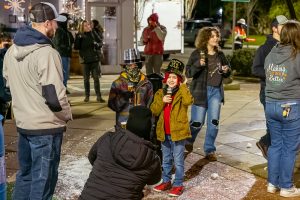 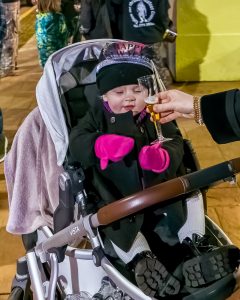 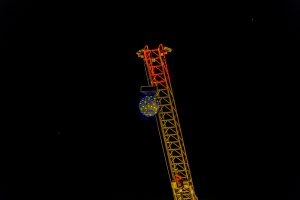 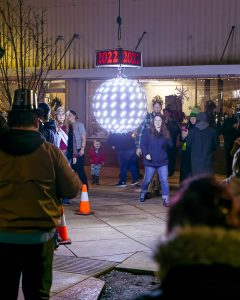 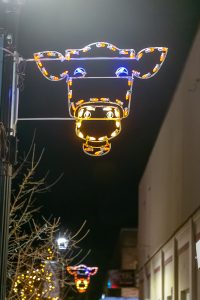 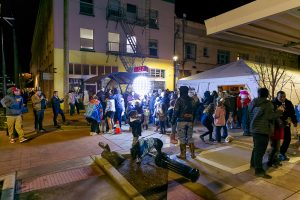 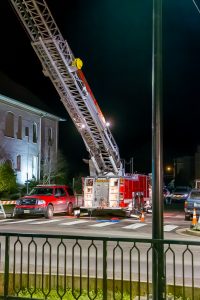