There is another disturbance dropping southeastward in the flow that will do little to our area as it stays offshore, passing to our west tomorrow. It will, however, cause the high pressure ridge to our west, to drift further west, and this will open us up for a stronger disturbance that will bring rain into the area over the weekend and into the start of next week.
So, we stay cloudy to mostly cloudy today with light winds though becoming northeasterly 5-10 for a period this evening, highs near 50, Mostly cloudy still tonight, the winds slowly ease, lows near 38. Expect mostly cloudy skies tomorrow, light winds, highs near 51 then mostly cloudy skies tomorrow night, calm winds, some patchy fog, and frost possible, lows near 37. 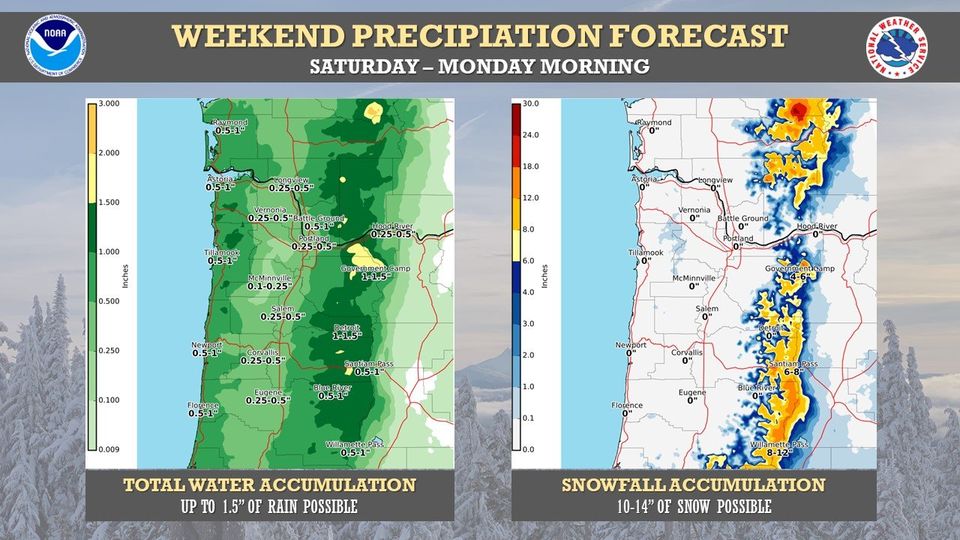 Mostly sunny skies return Tuesday and Wednesday, highs near 46, the lows dropping into the upper 20s, to around 30. Travelers need to use caution in the nighttime and early morning hours starting Sunday night, staying alert for black ice on the roads, especially in the passes, elevated roads, and bridges.