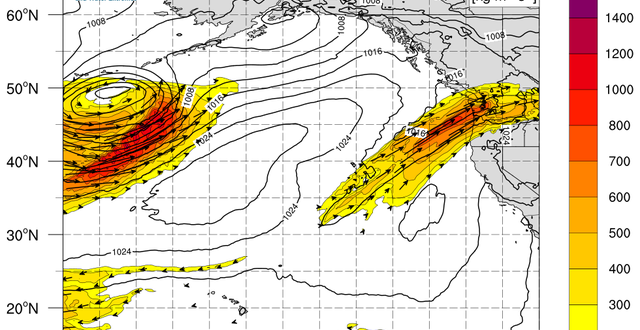 Weather
Today the atmospheric river continues to be pointed primarily at Washington, but we are also seeing some light, occasionally moderate rain from the front stuck to the north here. This will change later today as the front starts to slide back to the south, but good news for us, the front is weakening and will not linger as it moves south. While the Coast Range will enhance the precipitation, and all the river flow rates have increased, the only river of concern is the Grays River in Washington. All of our rivers remain well below Action or Flood Stage, so any flooding concerns are minimal. Finally, winds today southerly 8-12 occasionally gusting to 20, highs near 63.

The rain will ease later tonight as the front continues southward and weaken, winds shift and become northerly 5-10, lows tonight near 47. The rain will finally come to an end tomorrow morning and conditions start to improve, becoming mostly sunny with northerly winds 5-10, the high tomorrow only near 56. With partly cloudy skies tomorrow night, and dry easterly winds, the lows are down near 40.

The weekend looks good, mostly sunny days with highs near 61 still the dry easterly winds 10-15, Saturday night partly cloudy with lows near 41. Again, Sunday starts out nice but Sunday night some clouds move in as the ridge that gave us the nice weekend, shifts east ahead of the next system that brings rain Monday with a chance still Tuesday as well, highs near 57, lows near 45. Post frontal scattered showers likely Wednesday.