* WHAT…South winds 35 to 45 mph with gusts up to 65 mph expected near beaches and headlands.

* WHERE…Beaches and headlands along the North and Central Coast of Oregon.

* WHEN…From 4 PM this afternoon to 8 AM PST Friday.

* AFFECTED AREAS: NORTH OREGON COAST … CENTRAL OREGON COAST
Instructions:
Residents should take action now to tie down loose objects in yards. Some damage can be expected from the high winds, especially to signs, tree limbs and power lines. Power outages are possible. Drive with extreme caution in the warning area and be prepared for flying debris. 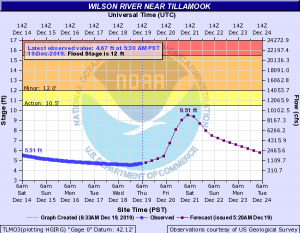