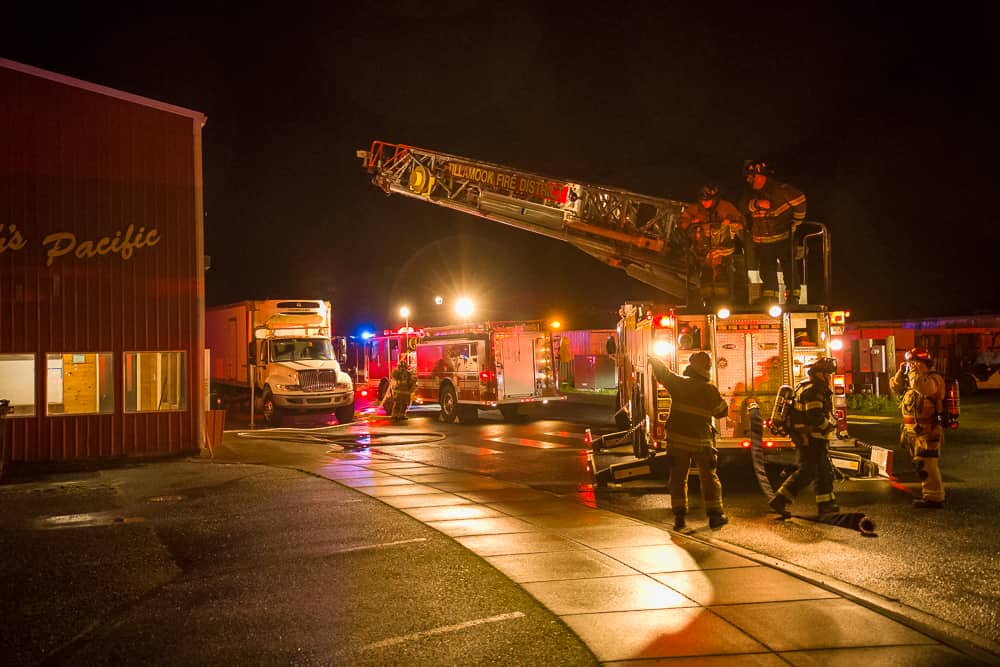 Story, Photos & Video by Don Backman
Units from each fire department in Tillamook County came together in the evening of Tuesday, January 3, 2023 to conduct a practice fire drill and a test of a new communications plan. According to Jay Marugg, Garibaldi Fire Chief and Incident Commander for the test, the goal was to try out the new system, including involving dispatchers, and create a recording so it could be reviewed in an after action report where the new plan could be evaluated.

Garibaldi Division Chief, Blake Paulsen, explained “The issue is each department has it’s own numbers. We are working on a new system to better integrate different units.” Under the current system, each resource has a four digit number. Garibaldi is Station 31, so a Garibaldi engine might be referred to as 31-11, and since Tillamook is Station 71, a Tillamook engine might be referred to as 71-11. Each department has it’s own resources and numbering, which potentially can be confusing in the heat of an incident when resources might be incorrectly identified over the radio and personnel on scene often drop the station identifier and just use the resource number. 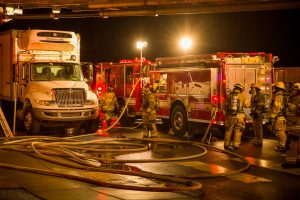 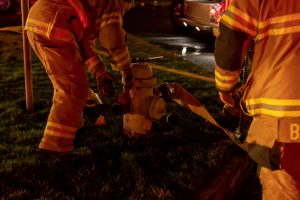 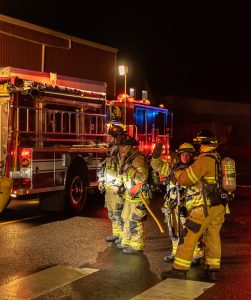 Paulsen explains the current problem. “If someone is in a hurry or communications are garbled and tells engine 11 to turn on the water, another engine 11 could turn it’s water on even if the people there aren’t ready.” This way they can say engine 11 and there is only one engine 11 in the county. In recent years, there have been an increase in events involving units from several different departments helping one another so there is a need to improve communications. 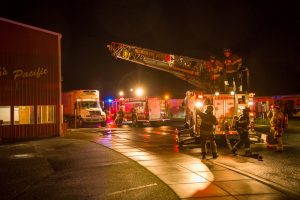 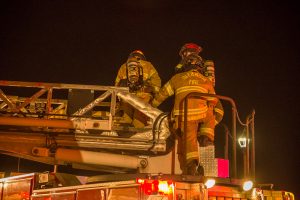 The team staged at one end of the port, and resources were dispatched to the other end, similarly as they would be in real life. Dispatchers on scene actually dispatched resources and everyone tried out the new system. Arriving on scene, they battled a simulated fire in an old seafood building. Teams went into the building to attack the fire, while a ladder truck was set up to help rescue simulated trapped victims. Equipment arrived at staggered intervals as if they were really driving from their stations to support the initial attack. It looked realistic enough that several people from the community arrived, wondering if it was a drill or an actual fire.

After gathering up all of their equipment and hoses, the group met back at the staging area where they debriefed. Issues were discussed, and the over all exercise was deemed a success. The results will be reviewed for further consideration. The current system will remain in use until a decision is made for the entire county.