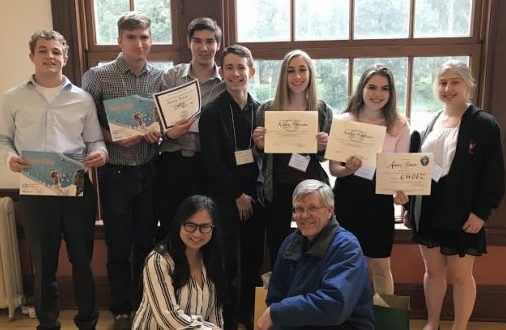 By Clair Thomas
Last weekend, April 21-22, Tillamook High School Science Research students participated in Northwest Science Exposition at Portland State University and came away with many awards.
Silas Waxter placed FIRST in the microbiology category, for his project – Turkey Tail and Oyster Mushrooms and Cow Manure; he won a $9000/year for 4 years ($36,000) to University of Oregon along with other prizes.

Anna Mattson won 2nd place in the Biochemistry division, for her project Native Olympic Oyster Reproduction and Ocean Acidification; she won a $36,000 scholarship and was selected to go to the International Science and Engineering Fair in Philadelphia in May, along with other awards. 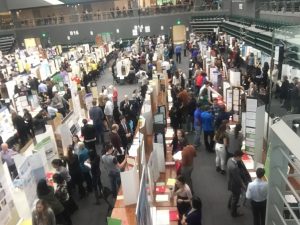 Kara Putnam won 3rd place in the Botany division, for her project English Ivy extracts and grass inhibitor; she won a $36,000 scholarship and other awards.
Austin Weeks won an entry to the National Stockholm Junior Water Prize, with his project Biochar and city water treatment; he won $46,000 in awards last year.
Dillon Pierce won the best environmental science award and placed 2nd in his category at the State Agriscience Fair, for his project, Invasive Green Crab response to changing ocean conditions.
Tillamook Wetland Restoration: Celest Stout and Chamber to experiment with alkali metal batteries; Malachi Thorne both competed at the Central Western Oregon Science Exposition.