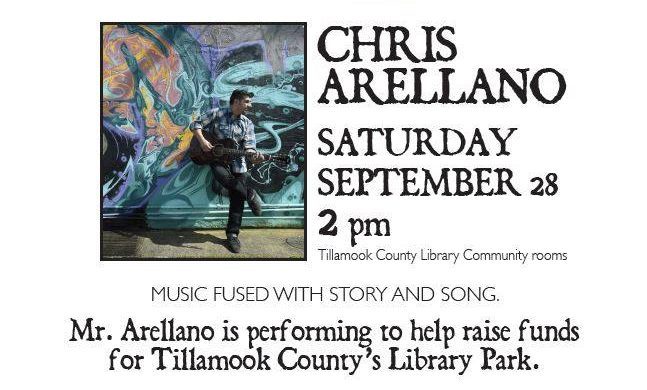 Nationally recognized musician Chris Arellano and his touring band will perform his Nuevo Americana music at the Tillamook County Library main branch, 1716 Third St, on Saturday, September 28 at 2:00 p.m. La Mexicana Restaurant is donating churros for the event. This afternoon performance is a fundraiser for the Library Park. Tickets are $8 per person, $15 for a couple, with children 12 and under attending free. Tickets are limited. Tickets may be purchased at the Library Main Branch prior to the performance or at the door.
An evening performance, starting at 6:00 p.m., will take place at the Pacific Restaurant, corner of Second and Main in Tillamook. Pacific Restaurant is donating a portion of the evening’s proceeds to the Library Park Fund.

Chris Arellano’s deeply personal Americana weaves together the Norteno music of his Northern New Mexico upbringing with alternative country and blues influences for a signature style that he calls Nuevo Americana. Fused with song and story, Spanish and English, his transcendent lyrics move listeners with emotion and passion. 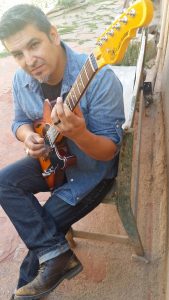 Chris’ unique musical perspective and sound springs from his early influences growing up in Costilla, New Mexico as part of a musical family. After high school, Chris headed to Los Angeles to study at Musicians Institute. At the age of 20, he was the winner of the Nashville Spotlight Talent Contest that allowed him to perform at the Grand Ol’ Opry and jump-started his career.
In 2001, Chris moved to Oregon and opened MusiCafe Rock School where he found a passion for teaching music, working with students of all ages. Chris is a highly sought after music instructor in the Pacific Northwest and in 2012 he began a yearly summer music camp in his New Mexico hometown. Chris enjoys giving back to his community through volunteerism, teaching songwriting, instrumentation, and recording classes through the local School District. He is performing on September 28 at cost to help raise funds for the construction of the Library Park.


Construction has begun on the Library Park located adjacent to the west side of the Main Library Branch. The Library Park is designed to be a unique oasis on the Oregon Coast. When completed, the Park will feature a stage and space for events, quiet sitting areas, a fountain, statuary, and a heritage wall. The Park is envisioned as a “A Park for the people of Tillamook County, Built by the People of Tillamook County.” Whenever possible, local craftspeople and businesses will be employed in the construction of the Park.
The cost of construction is solely the responsibility of the Tillamook County Library Foundation. The Foundation is using interest from the investment of the endowment funds it shepherds, donations, and fundraising to finance construction. For more information about donation options, visit www.tillamookcountylibraryfoundation.org. 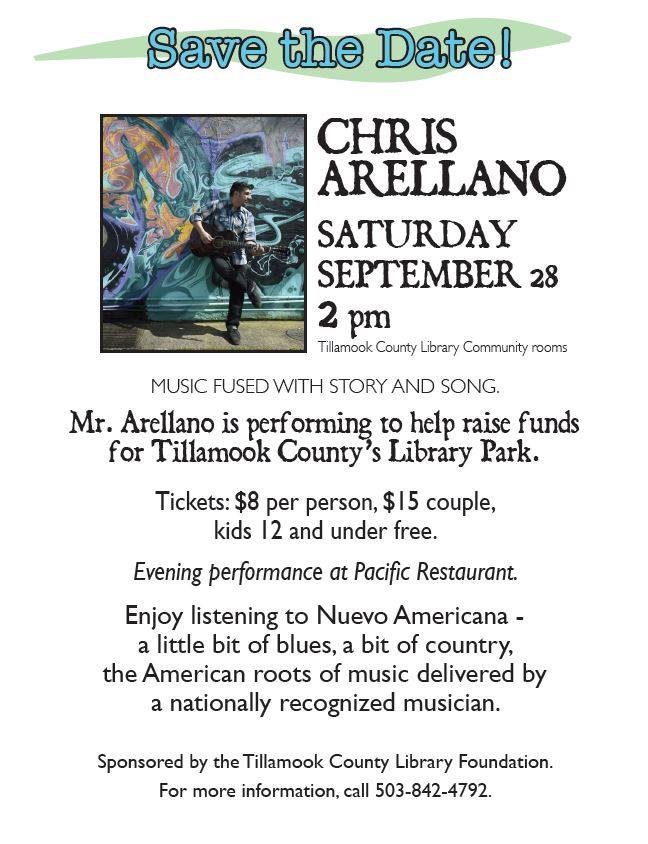