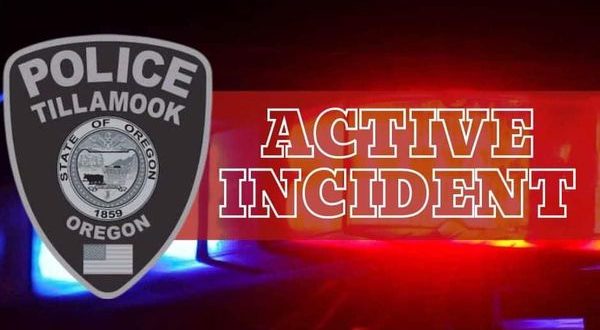 Today, August 13th at approximately 2:15pm a Tillamook resident called 911 after they witnessed two male subjects break a window on a house near Grove Ave in an attempt to illegally gain entry. Your Tillamook Police Department Officers were in the area almost immediately from different directions and located the two male suspects as they ran from the residence. Mr. Draven Hughes age 18 and Mr. Dominic Reeves age 19, were arrested and lodged in the Tillamook County Jail on recommended charges of Attempted Burglary 1, Criminal Mischief II and Criminal Trespass. Mr. Reeves was also arrested on numerous warrants out of the Tillamook County Circuit Court.

We appreciate the resident’s willingness to step up and not only call 911, but to also provide detailed physical and clothing descriptions which allowed us to locate and arrest the suspects within a few minutes of the crime being committed. It’s examples like this where community members and your police department work together and build positive relationships that allow us to serve you at a high level. It’s truly an honor and we couldn’t do it without you and your support.
Chief Rau