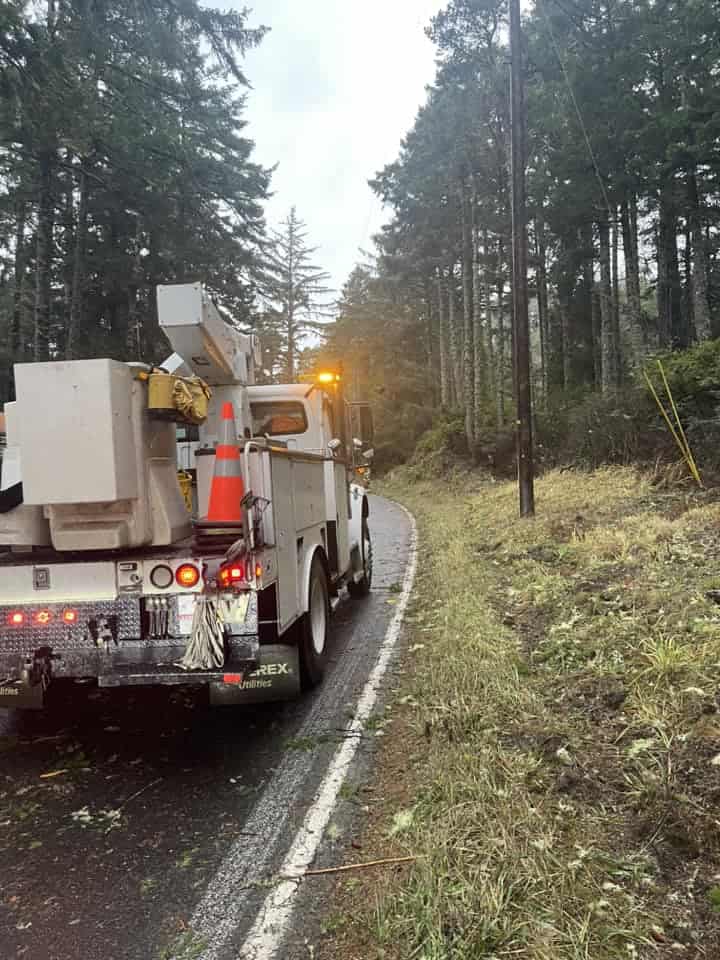 We do not have an estimated time for power restoration to each area. Some areas may be without power overnight. Tillamook PUD crews have been working for over 24 hours, they will be concluding work for the day at 10 p.m. and will be back out at 6 a.m. to continue work.
We appreciate the community support and patience as we work to restore power.

MORNING UPDATE 12/28/22 @6:00AM – Reports of power being restored to Netarts and some areas of central Tillamook County, and some areas of south county. Much of Central and North County remain without power.
Do not believe what you read on social media unless it is from TPUD … several posts “quoted” PUD – “I called PUD and they said we will be without power for at least two days.”
Officially, from TPUD no estimates of when power will be restored are avialable to ANY areas. The advice from PUD is to always be prepared to be without power for a couple of days. The information probably went more like this from the amazing front line customer service folks, “We don’t know when, PREPARE to be without power for a couple of days. BUT it will likely be restored sooner …” And of course folks just heard “WITHOUT POWER FOR TWO DAYS OR MORE.” This is especially true since some areas do already have power restored. And a lesson in preparedness (that’s the next article!) And watch for more information from TPUD. 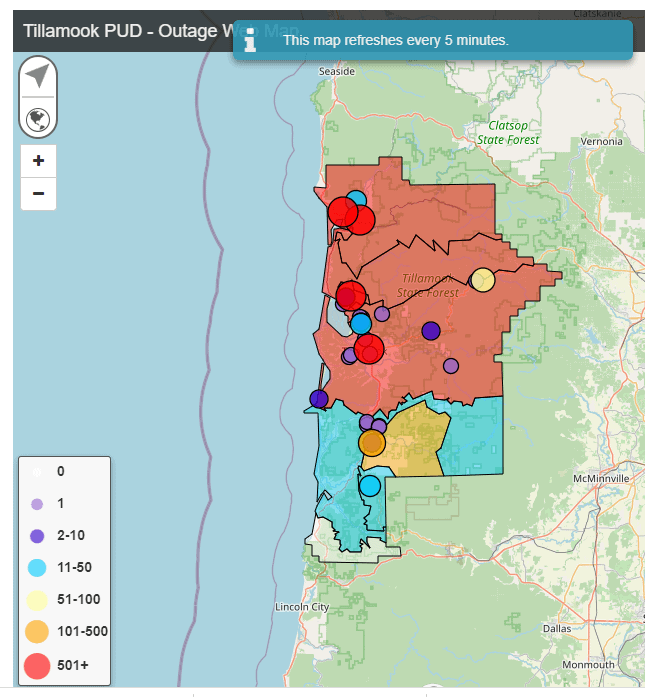