EDITOR’S NOTE: Quite often there are posts on social media that resonate with me so strongly that I reach out to the writer and request permission to reprint their words on the Pioneer’s website. Such was the case with this post from Robyn Herrick. Over this last year, I’ve often enjoyed Robyn’s poignant posts about her kids and working from home, and particularly, her “infinite happiness tour” posts. Here’s a touching acknowledgement for all the moms out there. Thanks for sharing, Robyn. Here are some more Blooms from Backman too – because, well mom’s love flowers.
Photos by Don Backman

By Robyn Herrick
My annual Mother’s Day post…it’s been a wild year. Big hugs and large cups of coffee to all the mamas who got us through!!! 💐☕️💜
—
To the New Mom, pacing in the dark with a screaming baby and a greasy, messy bun; who can’t remember the last time she showered, let alone slept for more than 45 minutes at a stretch; who wasn’t even trying to get pregnant, or who is finally holding the baby she tried so desperately to have for so long, and is so happy and excited but also knows she can’t always successfully get her own s**t together and who the nurses just let walk right out of the hospital with this Tiny Human she knows nothing about like No Big Deal; the one who is overwhelmed with love, and fear, and so many other confusing and intense emotions and just really needs a nap… I see you. 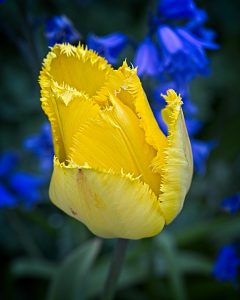 To the Veteran Mom, the one who looks like she’s really got her Mom S**t together; the mom who somehow manages to juggle soccer practice and dance class and tutoring and PTA and works full time and goes to the gym and still gets makeup and clean pants on (most days anyway); the one that other moms secretly envy, and the one who can’t really stop because once the Double Dutch ropes get crossed it’s Game Over and all the cars fall off the tracks but who would give her right eyebrow for an uninterrupted bath… I see you. 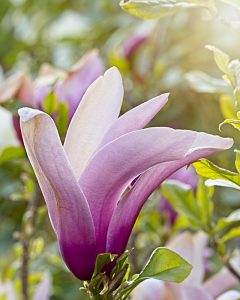 To the Older Mom, the one at school pickup who notices most of the moms there are at least 10 years younger than her; the one whose values and life circumstances are so vastly different than those of the parents of her kid(s)’ friends; the one who the younger moms go to because they assume she’s been doing this for awhile even though it’s often the other way around; the one who sometimes gets called “gramma” by well meaning people trying to make small talk; the one who surprised herself with how patient she was with her little one when he got hurt doing the thing she just told him not to do, and was reminded that with age, sometimes comes wisdom and patience… I see you. 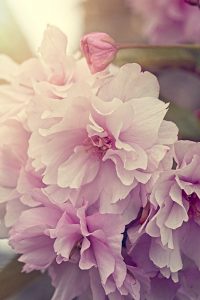 To the Stepmom, the one who didn’t just fall in love with her partner, but with the whole package; the one who signed up for an Instant Family; the one who treads so carefully to be mindful of everyone’s fragile emotions and egos and complicated family dynamics and loves all the Tiny Humans in her house the same; the one who can rattle off birthdays and important health information and favorite foods and colors for kids she only met a few years ago like she was there the whole time; the one who knows family is so much more than a last name, a blood type, or a birth certificate; whose kisses can cure a toddler boo boo and whose strong, soft shoulder and hot chocolate can nurse a wounded teenage ego after a breakup, the one whose love sometimes has to be strong enough to shield her children from the very people who are supposed to protect them…I see you. 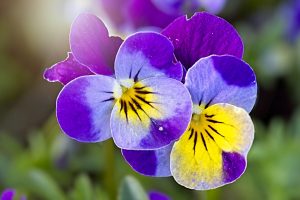 To the Foster Mom, the one who is used to her phone ringing in the middle of the night to get ready for a scared, angry, sad tiny human to show up on her doorstep with a garbage bag of belongings; the one who sees her kids at their absolute worst; the one who has to stand quietly by while the child she loves lives in constant limbo, holding her through her pain from being separated from her First Mom, advocating fiercely with lawyers and CASAs and caseworkers and teachers and therapists and doctors and specialists trying to create a sense of normalcy for a child whose circumstances are anything but; who can stand in her kitchen and react calmly and skillfully when a child’s behavior is so far from anything she has ever seen before so that the child feels safe no matter how he behaves, and who gives that child her entire heart, knowing that when he leaves it will shatter into a million pieces that she will have to pick up alone, just to turn around and do it again… I see you. 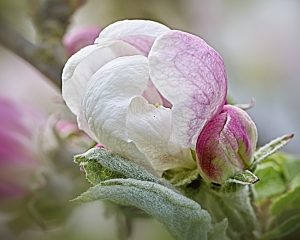 To the Grandma Mom, the one who didn’t expect this stage of her life to include diapers and basketball practices and subtraction homework and tiny socks; the one who wishes her own child were healthier so she could go back to being grandma again; the one who loves her grandchildren with a fiery passion and who is determined to give them the best life possible no matter the circumstances; the one who has a few extra tricks up her sleeves because this is not her first rodeo; the one who knows not to sweat the small stuff; the one whose head hits the pillow every night exhausted, but content, knowing she is doing her best for her amazing Littles…I see you. 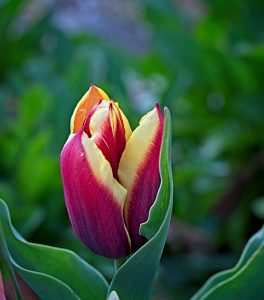 To the Single Mom, the one who is Mom and Dad all in one; the one who knows how to multitask like a champion; the one who didn’t sign up for this gig to do it solo, but is rocking the hell out of it; the one who is working two jobs to make her house payment so her kids can live in a nice neighborhood; the one who does her best to maintain a decent relationship with the father of her kids so they don’t have to stress about it; the one who decided she didn’t need to have a partner to have a baby thankyouverymuch and chose single motherhood and who is happily raising her little(s) with her own tribe; the one who runs on coffee and solar power…I see you. 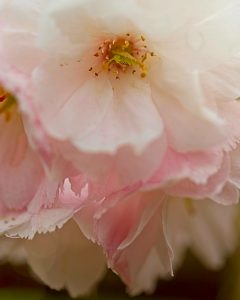 To the Mom of Babies she never got to hold, or didn’t get to hold long enough; the one who secretly mourns every time a baby announcement pops up and who puts on a brave face through every baby shower; who corrects people on the regular that no, actually, she has three children, just only two with her now; who cringes every time someone complains about their children because she would give everything to trade places with them, who finds herself in dark places in her head feeling so inadequate that her body won’t give her the one thing it was literally designed to produce; the one who knows what it is like to feel total elation at those little pink lines, and then utter devastation when they’re gone, again and again; the one who internally rolls her eyes when someone says, “well, at least you can get pregnant,” or “well, you could just adopt”, like it’s some kind of consolation prize; who savors every snuggle she gets with friends’ babies and has to accept that as enough for now, but who would still do anything, give everything, to have her own…I see you. 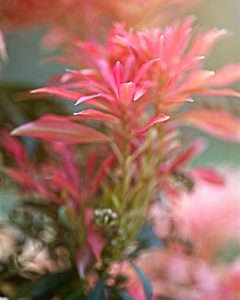 To all the Tribes of Friends, Aunties, Honorary Aunties, Besties, Sister Wives, Sister In Laws, Fellow Mamas, Ladies in the Checkout Line at Target Who Give Each Other the Universal Nod of Solidarity when one’s 3 year old just decided they’ve been out exactly 6 minutes too long, and all the Beautiful Women lifting each other up, fighting back the Sanctimommies, showing up with Pizza, Coffee, and Clorox when the stomach flu hits, trading babysitting for date nights, and doing everything in our power to raise Good Humans…I see you.
We all see you.
You are doing an amazing job. You are so loved. You are more than enough. You are incredibly fierce. You are stronger than you know. You are perfectly beautiful. I see you. We all see you.
Happy Mother’s Day 💜 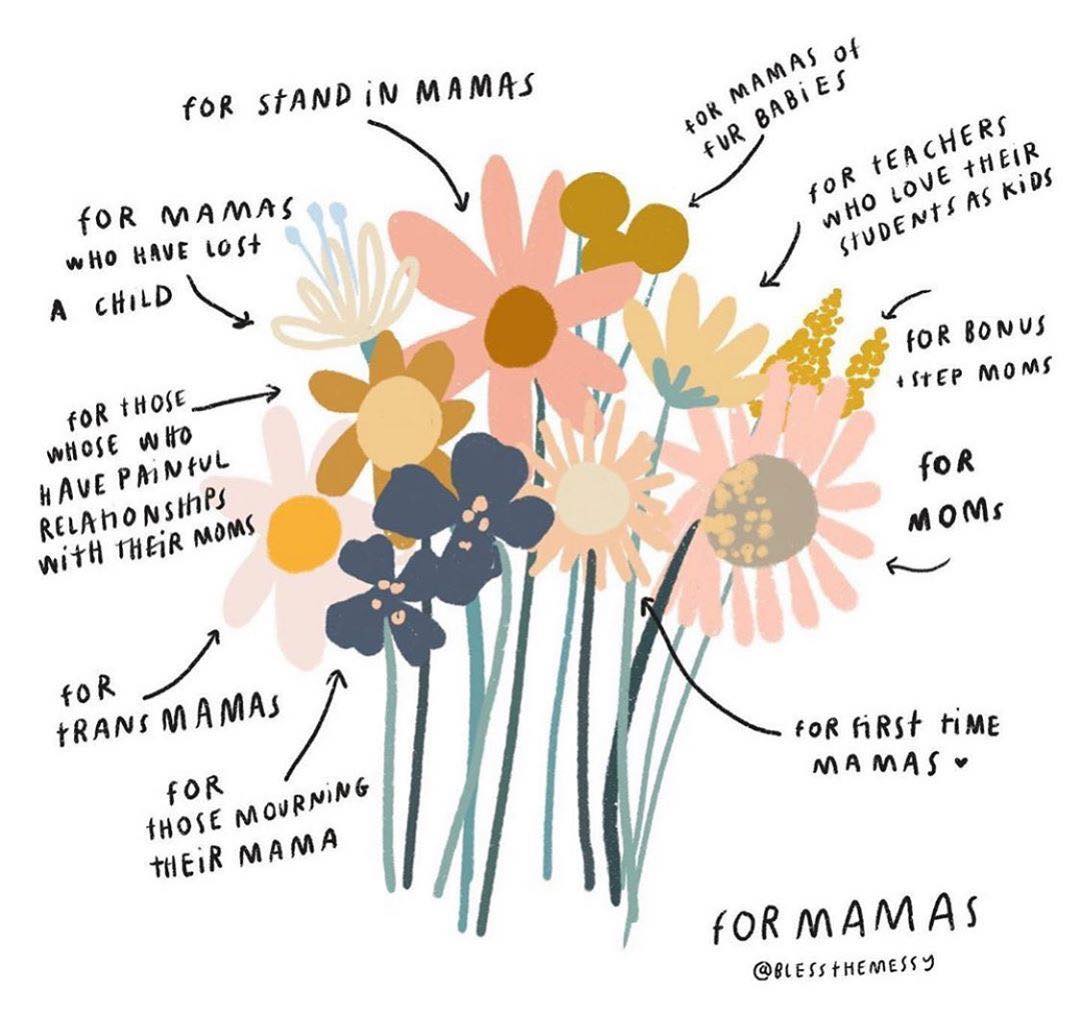