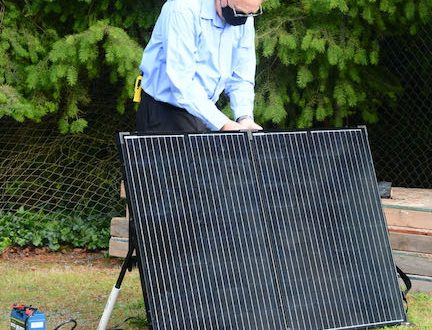 The Emergency Volunteer Corps of Nehalem Bay has received a $5,000 grant from the Tillamook Peoples’ Utility District to purchase solar powered ham amateur radio base stations to be located around north Tillamook County.
Coastal communities are subject to many kinds of natural disasters — including fires, windstorms, mudslides, or a massive earthquake and tsunami — at any time. Broken roads and downed power lines could leave the area without electricity and cut off from the outside world for several weeks. Portable generators can help but rely on a supply of fuel.

State and federal government assistance will likely focus on the big cities before reaching the smaller towns.

Members of the EVCNB Emergency Communications team have been planning to make the Nehalem Bay region as self-sufficient as possible after a major disaster.

One of the most critical aspects of disaster resilience is communication — among neighbors, between neighborhoods, between the area Emergency Operations Center and neighborhoods, and with emergency management agencies in Tillamook and the Portland/Salem area

The EVCNB has developed a comprehensive and flexible communication plan which is based on General Mobile Radio Service (GMRS) and ham radios.

To date, nearly 400 local citizens have trained on GMRS radios (the ubiquitous Yellow Radios), and more than 100 residents have earned their ham radio licenses. The radios are distributed widely throughout the area and tested weekly. But they will need to be recharged periodically, and the sun will be the only constant power source available. 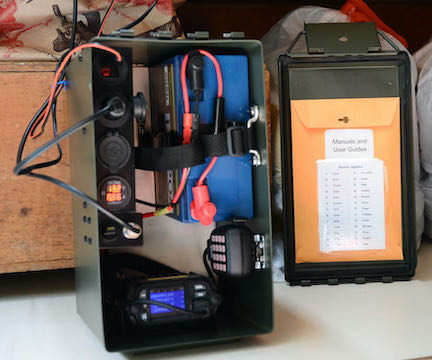 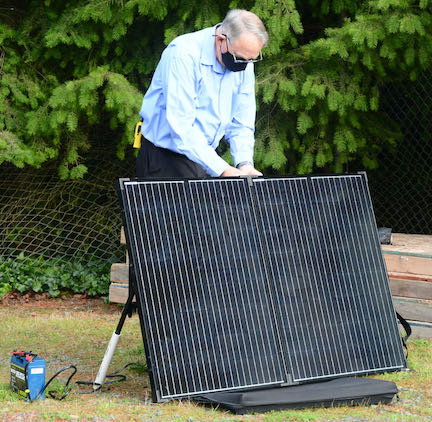 The Emergency Communications Technical Team designed a “Solar GoBox” a portable solar-powered base station, with a 25-watt ham radio, antenna, storage battery, portable solar panel with an additional battery; and an optional device to enable the station to transmit emails over the radio.

The TPUD grant will help fund a number of portable base stations that will be distributed among neighborhood “zones” or “clusters” throughout the Nehalem Bay area, plus a few other specific locations, depending on the nature of the emergency and communication needs.

“This project is part of an ongoing project to provide neighborhoods with the equipment, tools and training they will need to respond to disasters,” said EVC President Margaret Steele. “We received a TPUD grant in 2019 for NEST boxes (Neighborhood Emergency Supplies and Tools) for several established neighborhood clusters. This has increased overall community preparedness and resilience.”

Training on yellow radios and ham radio is available to the public and can be arranged through the EVCNB. The organization’s website – evcnb.org – provides details.