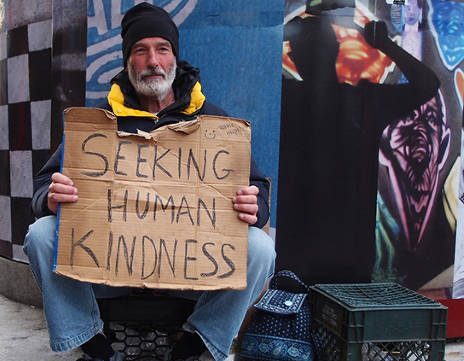 EDITOR’S NOTE: When Mike Randall sent me this column, he indicated that we might not want to publish it after the “rosy” picture painted by the recent Housing Summit. Here he points out the heavy lifting, slogging through governmental policy changes that must happen for true change to come to the housing picture. There are positive things happening, and there is much work yet to do.

Much of the United States (and Tillamook County) have a crisis: the short supply of affordable housing. No surprise then that the number of homeless people is a growing tragedy in so many regions. Many factors have created this: ever-growing complexity in governmental regulations, staggering increases in cost of building materials; lack of land availability due to zoning limits and other accumulated public policies; time consuming and expensive development costs, inadequate numbers of construction workers.
All these have made home prices and rental costs explode as more people who can afford living spaces chase fewer available openings. Two examples: one small home in Netarts that sold for $205,000 in 2011 is now market valued at $450,000; and CNN reported, on average, rent rates rose 28 percent nationally last year.

Oregon law permits landlords to raise rents at a rate of 7 percent annually, plus the rate of inflation. Thus, in 2023 rents can jump 14.6 percent, which means fewer low-income people will afford rent. Greater numbers of desperate people are seeking help from organizations like Tillamook County’s non-profit CARE, Inc., and that agency strains to meet the demand for help.
A recent study found that 80 percent of home builders and developers feel government regulatory policies are a major impediment to building more affordable single family and multiple-family dwellings. But only 15 percent of government employees who are involved in these regulatory processes feel the same way.
Zoning and permitting regulations have developed in different ways over long periods of time. Their purpose is to create commercial and residential communities that are orderly, stable, sanitary and safe, all to promote healthy living and promote economic development. With some exceptions, they largely have been successful.
Now, elected officials and regulation-making government employees are facing calls to streamline their elaborate processes to make more land available for housing in their jurisdictions; cut the time and costs to acquire building permits; change restrictive zoning laws to include multiple unit dwellings where only single-family homes currently are allowed.
Honest attempts are being made to accomplish this and secure more housing, especially work force housing. Often, though, these efforts face protests from community people who are now comfortable and want rules to remain unchanged. They feel the ground shifting under their feet, and who knows who might move into the neighborhood?
One tiny example of the legal/technical/logistical difficulties involved in making these changes can be seen in “discussion draft recommendations” reported out on August 24, 2022 by Oregon’s Department of Land Conservation and Development. It is eleven pages long, and a heavy slog to read. (I can’t really do it justice, so maybe just skip the next three paragraphs.)
At the Legislature’s direction, the report makes draft recommendations to streamline the state’s housing planning process, particularly as it relates to streamlining “Buildable Lands Inventories,” “Housing Capacity Analyses,” and “Urban Growth Boundary” amendments. Such efforts would make more land available for housing, in part by determining how and what kind of data should be identified and gathered so these amendments can be streamlined while protecting resource lands; and how to fund the means in cities below 10,000 to plan for and facilitate development of housing in their communities. (Ooof-dah!)
But wait! Another one half of one of the eleven pages lists 6 state agencies that need to consult and adopt administrative rules and guidance after statutory changes are made to “‘Efficiency Measures’ [ORS 197.296 (6) (b), (7), (8), and (9)] and ‘Housing Production Strategy’ [ORS 197.290].” “…The resultant rules must provide clear parameters on the types and extent of efficiency measures needed for varying sized jurisdictions and emphasize the following considerations.”
The language then describes five different considerations, one of which has subsections A, B and C. After getting all these changes done, local governments would receive “credit” (their quotes) for implementing recent legislative and gubernatorial direction on housing. (I wonder what that “credit” would be. Free ice cream? Where’s my flow chart?)
I know these folks work hard to set standards for us yokels in the frontier towns. Many complexities are anticipated to be “streamlined” (my quotes) through consulting between the Legislature, state agencies, local counties and cities to produce more housing. Each of these human groups’ leaders have their own personalities, ranging from agreeable to disagreeable, ready for change or ready to hold to the status quo at all costs. (I hear a slow meat grinder rumbling.)
Definitions, statutes and regulations were created and tweaked over many years, and each has its defenders. The swamp is now thigh-deep, and we are feeling with our toes to get at those drain plugs down on the bottom. Don’t expect head spinning numbers of new work force homes any time soon, let alone lots of dignified dwelling spaces for the homeless.
But the legislature did do something straightforward about homeless people in 2021. It passed a law to create a new data point for homeless folks who have died unsheltered. Their death certificates will now indicate that they had no address at the time they died by declaring “domicile unknown.” I am certain we all see that as significant progress toward solving a difficult problem.