The first “Tsunami Advisory Alerts” started lighting up my phone and email about 5 am this morning. WHAT?!?
The north Oregon Coast – in fact the entire Pacific coast from the Alaska to Mexico was under a Tsunami Advisory after at cataclysmic underwater volcano eruption near the island of Tonga in the South Pacific. The eruption sent shock waves, sound waves and energy that registered on seismometers in the Cascades! I’ve been posting hourly updates since early this morning. The tsunami waves that hit Hawaii were 3+ feet, and the Pacific Coast saw heights from 1 to 3 feet. There was no damage reported … the tsunami advisory was lifted at about 5 pm.  As Dave Dillon noted, “The tsunami wasn’t very photogenic from Manzanita beach, but the image is of the spectators.”

This was a “long-distance” tsunami event which fortunately only resulted in and “advisory” – stay off beaches; a “near-shore” earthquake along the Cascadia subduction zone would result in an immediate evacuation. A reminder about the need for emergency preparedness (see below for more about 4-weeks ready.)  Many reported “not getting any alerts or warning” and also the inevitable – where are the sirens?  Tillamook County decommissioned it’s siren system more than a decade ago.  The best way to receive information about emergencies in your area (or an area you are visiting) is to sign up for Nixle alerts – https://www.nixle.com/

Take this event as a friendly reminder to be “four weeks ready”. This means your household has enough food, water, medical supplies, sanitation supplies, and other life-sustaining resources to meet your specific needs for at least four weeks. In a major disaster such as a Cascadia Subduction Zone earthquake; supply chain, responders, and transportation would be disrupted. This means our communities need to be prepared to take care of each other until assistance is available.
Be Informed:
Know about the hazards where you live.
Be familiar with local evacuation routes.
Sign up for local emergency alerts through Lincoln Alerts or update your profile.
Make an Emergency Plan.
Build an Emergency Kit.
Go to the Emergency Volunteer Corp of Nehalem bay for more information – https://evcnb.org/

Here is a collection of some of the best images and information about today’s events, as well as some images of the tsunami surge in various areas:

This morning we awoke to the Tsunami warning siren. My partner asked: “should we be worried?” I said: “probably not—the ground isn’t shaking.”
But when it does, oh my goodness, run for the hills.
In light of today’s Tsunami warning—caused by an underwater volcano eruption in the South Pacific—we revisited some journalism exploring what figures to happen when the Cascade Subduction Zone finally quakes. From Outside Magazine, Bruce Barcott produced a riveting story that anyone in the Northwest—from the coast to the valley—should read.
An excerpt:
“When that earthquake hits, it’s going to shake for a long time,” says {Astoria-based geographer Patrick} Corcoran. “Three to five minutes or more. You’re going to feel lucky to survive. Then guess what. You rode out the quake? Congratulations. Now you have 15 minutes to get above 50 feet of ele­vation. Fifteen minutes. You’re elderly and not very mobile? Sorry. Your condition does not change the geologic facts. It’s called a tsu­nami. The water’s coming. It can’t be stopped. Don’t ask Jesus to save you. Be your own Jesus.”
After spelling out the science, Barcott’s story goes on to describe a minute by minute experience of the account, which centers—frightfully—around real locations in Cannon Beach and Seaside that locals and visitors will know. It’s a chilling—and accurate—picture.
https://www.outsideonline.com/…/totally-psyched-full…/

The eruption of Hunga Tonga-Hunga Ha’apai volcano in Tonga, which is responsible for the current tsunami alerts along the Pacific coast of the USA and in Hawaii and Alaska, was also recorded by seismometers and infrasound sensors (essentially specialized microphones) in the Cascades! This record shows seismic (top) and infrasound (bottom) energy recorded at the Lamberson Butte station at Mount Hood. The waves reach the station starting at about 5 AM PST (13:00 UTC) and fade into the background by 6 AM PST (14:00 UTC). Given that the signal arrives and has basically the same shape in seismic and infrasound, we can be sure that these are the airwaves from the eruption. Though it isn’t unusual for our seismic instruments to pick up airwaves from local events (like construction sites and quarries), it is rare to pick up an eruption signal from thousands of kilometers away. (The direct seismic waves from the eruption arrived about 8 hours before the airwaves.)
For more information on Hunga Tonga-Hunga Ha’apai and this eruption, as well as the associated tsunami, see:
https://volcano.si.edu/volcano.cfm?vn=243040
https://www.facebook.com/tongageologicalservice
https://tsunami.gov/ 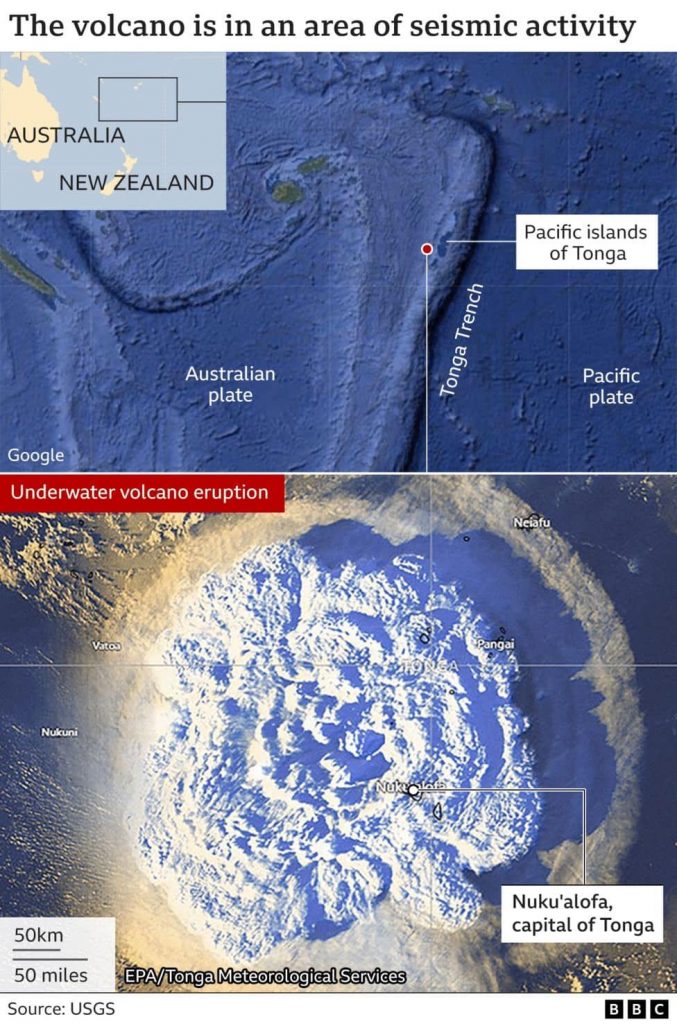 Okay folks, the big picture is this, there has been a large volcano eruption in the Tonga Island Region, east of Australia that has generated a tsunami. As all our modeling is based on an earthquake generated tsunami this is a bit of an unknown. We do know with certainty that waves were generated as Hawaii has seen 1-2.5’ waves. The waves are expected to be of Advisory Level height which would affect the beaches only with initial wave arrival time in Newport at 8:30AM and in Seaside at 8:45AM. This is potentially a danger and hazard to anyone on the beach, bay, or harbor so remain clear of these areas, this is NOT something to go into those areas to take pictures of!
Again, this is a beach, bay, and harbors danger only. It has also been observed that there is more than one wave which is consistent with other events, and it appears the first wave is not the highest. The cycle times between waves is uncertain as is the duration of this event. I will be monitoring this and will attempt to answer any question you may have here.

Neskowin was one of the only areas, a Kiwanda Creek that showed several tsunami tidal surges – videos from Alex Patricia and Marily Affolter: 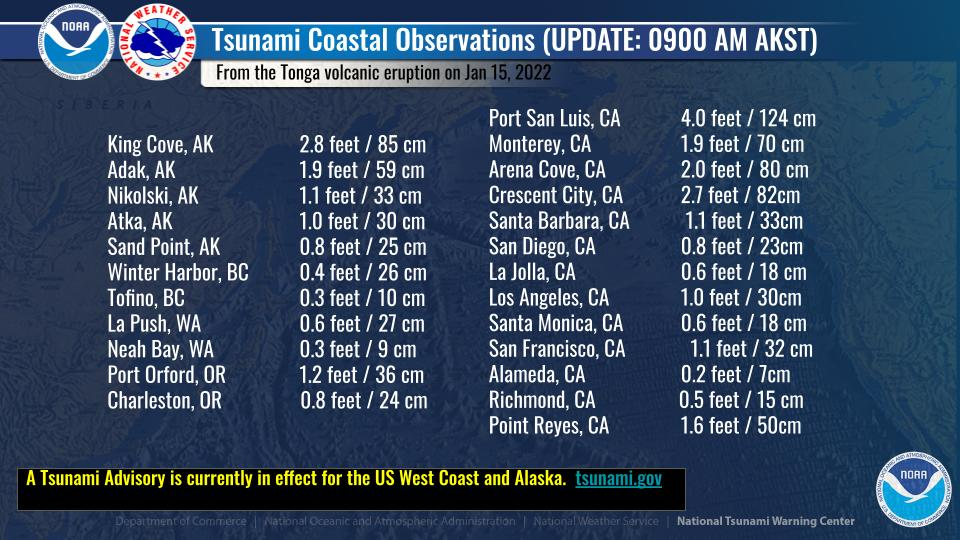