One of the joys of living in Oregon is getting to visit local farms and pumpkin patches for Halloween activities. You may be wondering if these activities are safe this year. Here are some tips for staying safe at the pumpkin patch this autumn. 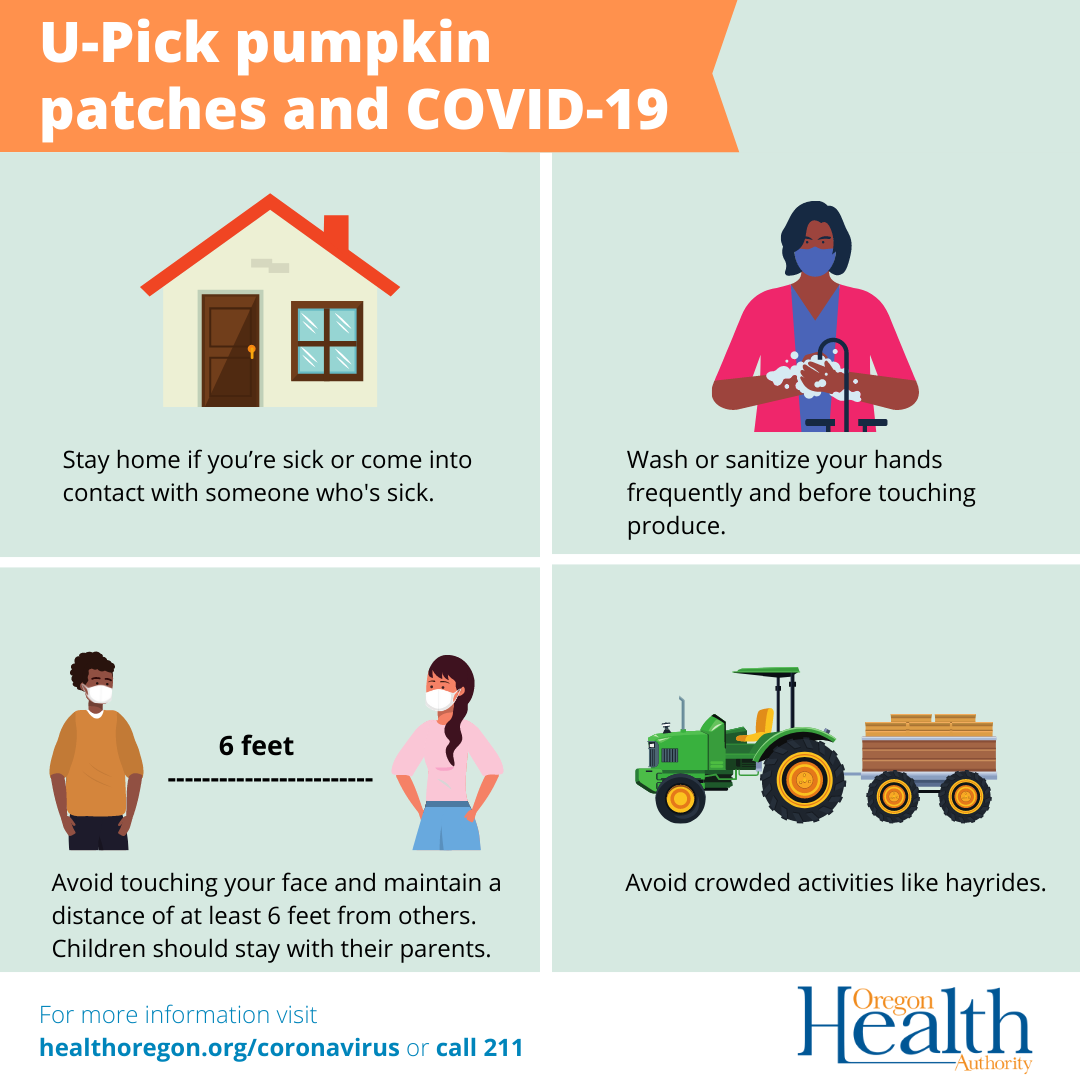 Governor Kate Brown today announced that two counties — Benton and Clatsop — have been added to the County Watch List. This brings the total number of counties on the list to three since Malheur was already on the list.

Counties are placed on the Watch List when COVID-19 is spreading quickly and public health officials cannot trace that spread to specific sources—creating a potentially dangerous dynamic. Specific markers of this rapid community spread include when there is a sporadic case rate of 50 or more per 100,000 people in the last two weeks and the county has had more than five sporadic cases in the last two weeks (sporadic cases are those that cannot be traced to a source; they indicate community spread). Counties remain on the Watch List for a minimum of three weeks and until their sporadic case rates drop below these thresholds.

The model offers three scenarios, assuming 4,500 tests per day for each.

The optimistic scenario assumes a 5-percentage-point increase on Sept. 5, but attributes increases in diagnosed cases after Sept. 15 to a decline in testing.

The pessimistic scenario assumes a 10-percentage-point increase in transmission after Sept. 5 and attributes some of higher cases to be the result of increased transmission rather than a lack of testing.

The moderate scenario assumes a 7-percentage-point increase from Sept. 5, attributing fewer of the increased diagnosed cases to increased transmission.

As has been shown since the beginning of the pandemic in Oregon, these trends remain very sensitive to small changes in transmission levels. Model results should be interpreted with caution, given these recent reductions in testing and uncertainty behind various COVID-19 model assumptions.