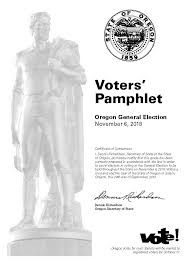 EDITOR’S NOTE: When I received the Voter’s Pamphlet, I noticed that there was a candidate’s statement missing from the State Representative for 32nd District – Tillamook County’s Brian P. Halvorsen. When contacted, Halvorsen explained that he was working on another signature-gathering effort for Rockaway Beach, “And I didn’t want to confuse voters asking for signatures on multiple issues.” Candidates pay a fee ($750), or submit signatures (200) in lieu of paying the fee, for space in the voter’s pamphlet.

As part of our efforts to help inform voters, here is Brian P. Halvorsen’s candidates statement for the Voters Pamphlet: 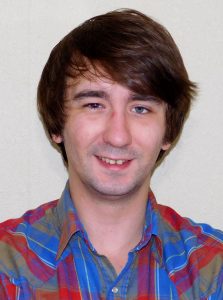 Born July 23, 1992 in Portland. My family homesteaded in Clatsop County during the 1870s. The property, located near Jewell, is still in my family. I’ve lived in Rockaway Beach since 2015.

I believe the two-party system is broken. The two major parties are sold to the highest campaign donors. As an Independent I won’t be bought by special interests.

If elected I will hold two town hall events per month when the Legislature is out of session. The time I’m not spending with lobbyists I’ll be spending handling constituent concerns and outreach.

Campaign finance reform: Oregon is one of just seven states that have no limits on the amount you can donate to a statewide campaign. As a result, our state legislative races are some of the most expensive in the country as the wealthy and special interest groups buy politicians on both side of the aisle. I refuse corporate campaign contributions. If elected I will champion a state constitutional amendment to implement limits on campaign donations and expenditures.

End income inequality: The rich are getting richer at the expense of the working class. Oregon has the lowest effective business tax burden in the nation. At a time when the economy is doing so well, corporations like Intel and Comcast should be paying their fair share. Oregon has over 350 tax loopholes on the books and many of them are used by large corporations and the wealthy to dodge taxes. We need to eliminate tax breaks for those who can afford to pay more.

Environmental stewardship: The 32nd District has a beautiful natural environment and we need to do more to make sure it will stay that way for generations. We can’t miss opportunities to transition to clean renewable energy like wind and solar.

(This information furnished by Brian P Halvorsen for Oregon House)