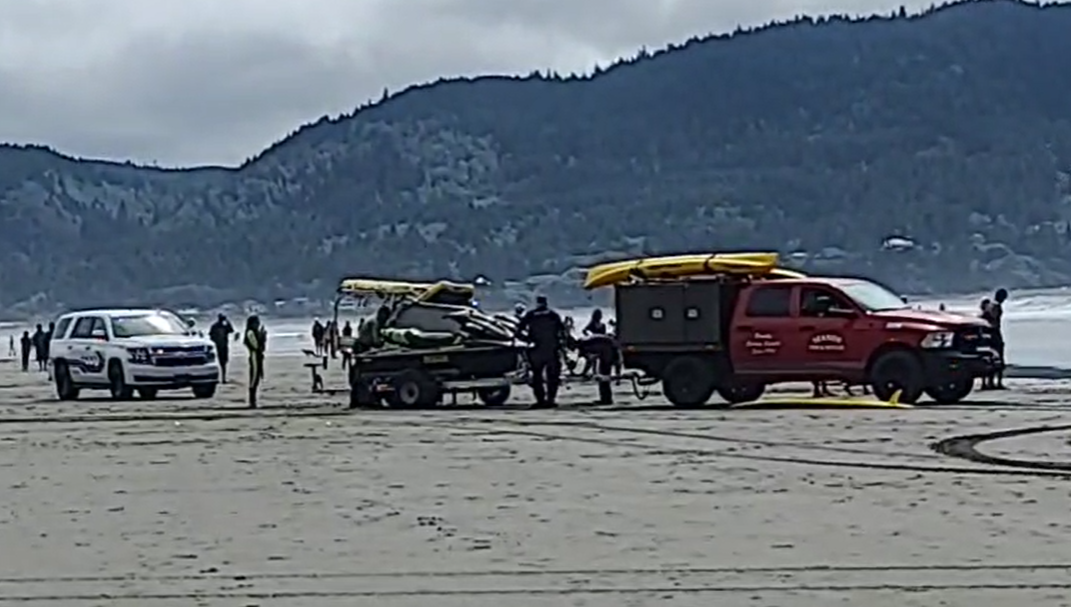 Seaside, Ore. – August 21, 2022 (UPDATED) – At 2:33 p.m. on Saturday, August 20, Seaside Fire & Rescue responded to a water rescue in progress on the beach out from 6th Avenue. When rescue units arrived, three Seaside lifeguards were in the water in an active rip current with two victims and multiple bystanders who were trying to assist the victims.

Units deployed jet skis, which allowed rescuers to quickly assist lifeguards in bringing victims and bystanders back to the beach. Both victims were transported to Providence Seaside Hospital for treatment and evaluation. One victim, a male in his 50s, was found unconscious in the water and pronounced deceased after efforts to revive were unsuccessful. A female victim in her teens survived the incident.

In addition on Saturday, a water rescue occurred in Cannon Beach approximately 45 minutes after the Seaside incident and Seaside lifeguards rescued two swimmers in distress at the south end of Seaside’s beach off Avenue U approximately two hours after the 6th Avenue incident. One of the rescued swimmers from the second incident, a 27-year-old female, told fire personnel that they were in waist-deep water one minute and struggling in water over their heads the next.

“We cannot stress the unpredictable dangers of the ocean enough,” said Genesee Dennis, Division Chief of Prevention for Seaside Fire & Rescue. “Our thoughts and prayers go out to the family for their tragic loss yesterday.”

Seaside officials wish to remind beachgoers that the Pacific Ocean presents many dangers. Please use extreme caution and always enter the water with others present. Avoid areas prone to rip currents and understand how to escape by swimming parallel to the beach. Learn more, including how to recognize a rip current from the beach, at SeasideFire.com/beach-safety.

The Seaside Police Department and Medix assisted Fire & Rescue on the initial call. Signs have been posted in the incident area advising of the immediate rip current danger.