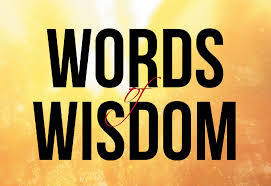 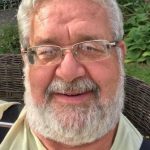 I found myself at a local café, having a late breakfast, with about a dozen other community members who had the same idea. At a nearby table, a family was enjoying themselves, highlighted by the smiles and laughter of their sweet six-month-old baby.
As babies are wont to do, laughter turned into cries and wails, filling the busy café with sounds of distress. Mom quickly responded by picking up the baby and cuddling it, as good parents do.
The man at the counter turned towards the family, a look of disgust and anger on his face.
“You need to take him outside and give him something to cry about. He needs a good spanking for acting that way,” he said, his booming voice reverberating throughout the room.

In an instant, the room fell into a deep and pregnant silence. Every eye turned towards the angry man, every face now stony and silent. Nothing was said, the only sound now the quiet murmurs of the now-again content baby.
My mind whirled, part of me wanting to stand up and give the man a piece of my mind, the idiocy of violence, the long-lasting impact of what we euphemistically call “corporal punishment,” and the rudeness of strangers interjecting their values on a young family who were simply out for a good time with their child.
Slapping, spanking, the mentality of “giving you something to cry about”, pushed a lot of my emotional buttons, bringing back bad memories in my own life, both personal and professional. I well knew the impact of that kind of thinking on family members and friends, and how those traumatic experiences often profoundly impact us for the rest of our lives.
No one said a word, even the cook stopping her work at the stove, as we all glared at the man, until he finally turned back in his seat and took a sip of his coffee. A long minute passed, until the baby laughed a little and we all resumed our lives, until we all realized something important was being said in the silence.
It was a good minute, a minute of both rebuke for a really bad idea and a time to reflect on how we should deal with kids, what they need from the rest of us.
It gave me pause to reflect on whether I should have launched into my lecture to the man about the evils of violence and the messages that sends to kids. The silence gave me time to again realize that my well-rehearsed rant on using violence and anger to raise a child would have likely fallen on deaf ears, that the man wouldn’t be changing his thinking because of what I was going to tell him. I was reminded of the power of collective silence, and I felt that power reverberate through the café.
If he was going to change his thinking, that would come at a different time, in a different place, when he was ready to really hear what he had said, and how he looks at the world, and how he learns about his community’s values.
Instead, the community at that café spoke a bigger message, in that big, beautiful collective silence of disapproval and disgust. Mere words wouldn’t have been nearly as effective as our group effort to turn our heads towards the man, and simply be silent.
Conversations resumed, and the man kept being ignored. The waitress didn’t refill his coffee, and slapped down his check beside his empty cup. He left his money and slipped out the door, not daring to utter another word.
I often overestimate the value of a well-turned phrase, or what I might think is a polished, professional writing on a particular issue. Sometimes, it is in the silence that we truly hear the words of wisdom, the message we want to send, the message we need to hear.