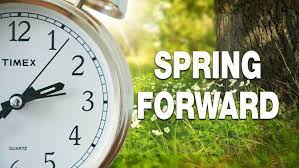 Residents of the Pacific Northwest will have to set their clocks ahead by an hour this weekend to move onto daylight saving time. The Oregon and Washington legislatures voted nearly two years ago to stay on daylight time year-round — joined later by Idaho and British Columbia — but still the biannual time change ritual and associated grumbling persists.
The biggest holdup is that Congress continues to sit on the needed federal authorization for permanent daylight saving time.

“I personally rail against anytime that the best answer for something is, ‘Well, that is just because it’s the way we’ve always done it,'” general contractor Chris Wolf of Redmond, Washington, said in an interview. “Wait, why is it part of life? Does it have to be?”

Wolf was so annoyed by dark winter afternoons and by the disruptions spawned by the twice-yearly time change that he filed a citizen initiative this winter to seek a statewide vote to endorse permanent daylight saving time. A favorable vote on the proposed Initiative 1803 would direct the Washington Secretary of State to mail copies of the initiative to every member of Congress and the president.

“Consistently, about 75% to 80% of Americans say they would prefer not to change their clocks,” Wolf said. “Most Americans don’t see the value.”

Wolf would need to gather more than 324,000 valid voter signatures by early July to qualify his initiative for the November 2021 general election.

A rule of thumb of political insiders is that it takes around $500,000 to run a successful petition drive to put a measure on the Washington state ballot. Wolf said he and his friends don’t have that kind of money nor do they think soliciting petition signatures amid an ongoing pandemic is advisable. So, he said this year’s initiative is likely shelved in favor of contacting members of Congress directly.

Here’s why Congress needs to get involved: States can adopt year-round standard time, but the federal Uniform Time Act does not currently allow for year-round daylight saving time.

Earlier this week, a bipartisan group of ten U.S. senators led by Florida Republican Marco Rubio reintroduced the so-called Sunshine Protection Act for the third time. The measure aims to make daylight saving time permanent nationwide in one fell swoop in every state that observes it. Oregon Democrat Ron Wyden signed on as a co-sponsor.

THANKS TO OUR SPONSOR:Become a Sponsor

“The Sunshine Protection Act takes a common-sense step to provide some much-needed stability for families in Oregon and across the nation,” Wyden said in a press release. “Springing forward and falling back year after year only creates unnecessary confusion while harming Americans’ health and our economy.”

A spokesperson for Wyden said it was hard to predict whether the political landscape has changed since previous versions of the bill didn’t get the time of day from Congress.

One new development is that Democratic Sen. Maria Cantwell of Washington recently took over the chairmanship of the Senate Commerce Committee. That committee handles time change legislation. Cantwell’s press secretary acknowledged receiving a request for comment on her position, but did not reply in time to meet the deadline for this story.

“Congress can be at times kind of a broken clock, so let’s get behind this effort and do something,” said state Rep. Marcus Riccelli, who sponsored the year-round daylight saving time legislation signed by Washington’s governor in 2019.

Riccelli noted a fortuitous connection in that he once served on Cantwell’s staff as her Eastern Washington Director from 2007 to 2010. The newly minted Senate chair should expect a friendly call, Riccelli said in an interview Thursday.

“I’m looking forward to chatting with the senator and asking if we can move this forward,” he said. “I think Senator Cantwell is in a perfect position.”

Sticking with daylight saving time year-round would give people an extra hour of daylight on winter evenings between November and mid-March. The sun would rise later during winter mornings than under standard time.

On the winter solstice, the sun wouldn’t rise until nearly 9 a.m. in Portland and Seattle if daylight saving time were observed year-round. Those late sunrises are one reason a minority of the public, including parents of school-age children, strongly oppose permanent daylight saving time. Some of them spoke at legislative hearings in favor of keeping the current system or switching to permanent standard time.

An additional winkle for future timekeeping is that Oregon lawmakers made their move to lock the clock contingent on neighboring Washington state and California ditching the switch in unison. But California, which started out gung ho for moving toward permanent daylight saving, is now taking its sweet time.

In California, 60% of voters in 2018 backed a ballot proposition to nix “spring forward, fall back” forever. But last fall, California state senators let the clock run out on the needed implementing legislation amid concerns about staying in sync with Mexico as well as scattered constituent pleas to standardize onto year-round standard time.

Two states — Arizona and Hawaii — and the territory of Puerto Rico long ago dispensed with the time change ritual by sticking to standard time year-round.

In the last three years, a total of 15 states have enacted legislation to provide for year-round daylight saving time, but they are all waiting for an act of Congress to make the change.

Last year, the Idaho Legislature voted to link the northern portion of Idaho, which follows Pacific time, to whatever time observance that Washington state follows.