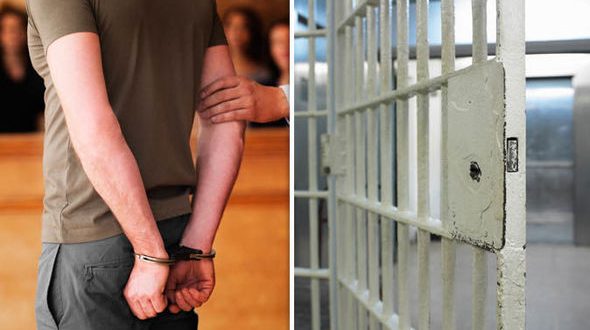 EDITOR’S NOTE: As part of our on-going series about crime in our community (see link to Crime Wave in Tillamook County below), the Sheriff’s Office and local police officers are often confronted with community members that don’t understand why they don’t just “throw ’em in jail.” Law enforcement would like to do that with all the criminals, but there’s a process that protects rights, especially from false accusations – the basic innocent until proven guilty. We asked our “legal expert” retired judge and attorney Neal Lemery to give us a view of what happens after an arrest. Often times property crimes, burglaries, and car thefts don’t have much of a penalty unless detectives can build a case of repeat offenses. That’s why it’s so important to report all crimes and thefts. The best advice is secure your stuff. When there is a concentrated community watch effort, and the word will get out to the criminals, if we are proactive about awareness, cameras, reporting suspicious situations and most importantly, securing your home and your vehicle. If we eliminate or reduce the opportunities and the criminals know that we are watching and aware, they will find other places where it’s easy. Don’t make it easy for the criminals and we will see a reduction in the crimes.

By Neal Lemery, For the Pioneer

I’ve often heard the comment lately that someone “should go to jail for that”. While we all have those moments when someone’s actions stir us to making that statement, the legal system requires a more extensive and thoughtful analysis of the situation.

We’ve all agreed to live together in a society governed by the Rule of Law and to have government conduct its business according to the concepts of due process and equal protection, as well as applying the presumption of innocence and the right against self incrimination (the right to remain silent when stopped by the police).

If someone blurts out that “I did it”, and brags about committing a crime, that’s not enough to have a cop arrest them. Someone’s confession, without any other evidence, doesn’t warrant handcuffs and a jail cell. And, yes, people are known to confess to a non-existent crime.

The arresting officer must have “probable cause”, a reasonable belief that a person has committed a crime, that the evidence gathered by the officer supports an objective belief that the person has committed a criminal act. A person must have a criminal intention to commit that act. This is called mens rea and requires that the police show evidence that the act was done with the defendant having acted either intentionally, recklessly, knowingly, or with criminal negligence. If the activity and the defendant’s criminal mental state didn’t exist at the same time, the conduct isn’t a criminal act.

There are a few exceptions to this rule for “strict liability” crimes, such as DUII and minor traffic offenses.

`The insanity defense comes into play to disprove the existence of a “criminal mind” when the crime occurred. In some states, this is a complete defense; in others, the “insanity” is a factor that requires treatment rather than jail time.

The system is experimenting with drug and mental health courts, as a way of helping defendants, and provide them with useful treatment and intervention, rather than housing impaired people in jails.

The police submit their information to the District Attorney, who is the state’s prosecutor. They have the job of assessing the evidence, apply the law, and determine if the case can be proven “beyond a reasonable doubt”. This is a much higher standard of proof than the cop’s probable cause burden and is the highest burden of proof in our legal system. All the jurors have to agree that this burden has been met before they can make a finding of guilty.

The DA can only offer admissible evidence to the court and jury during the trial. Some of the information the police have isn’t admissible under the law. If a defendant confesses, that evidence must pass through a variety of hurdles before the jury can hear it. A defendant has a right to remain silent and can’t be required to testify. The jury is also instructed by the judge that the jury has to decide if the confession is voluntary and is supported by other evidence.

Hearsay is generally not admissible evidence, and is the law’s way of avoiding convicting people by rumor and gossip, or someone’s reputation. The same prohibition applies to someone’s past history. But if the defendant does testify then the DA can try to “impeach” their truthfulness and character for honesty, such as a past conviction for theft or other “bad character” evidence.

The rules of evidence are complicated, and the law is continually evolving. This idea also applies to the laws of search and seizure of evidence and confessions. The Constitutional principles of the federal and state constitutions, the legislature’s revisions of the law, and court interpretations all contribute to the challenges the DA has in proving their case.

Plea bargaining keeps getting a bad rap, but it resolves most cases, and it essentially provides the certainty of a resolution. It avoids the time and expense of trials that become unnecessary if all the parties agree on what is a good outcome. A plea bargain can be seen as a form of insurance for the defendant and the DA, providing a guaranteed outcome.

If cases are delayed, then they are harder to try. Witnesses may disappear and memories fade. Defendants have a right to a speedy trial, within 60 days, if they are in jail. But, they often agree to delay the trial so they can better prepare, or have time to work out a plea bargain.

Sentencing is another complex situation. While the legislature may enact laws setting the maximum penalty for a crime, there’s also the statutory sentencing guidelines that are much more formula driven. (The Oregon Sentencing Guidelines Commission applies prison population statistics to algorithms. Sentencing as calculus!)

As well, there’s the defendant’s prior criminal history, and the local availability of jail beds, and treatment and rehabilitation resources. Oregon’s constitution used to state that the primary purpose of jail and prison was the rehabilitation of inmates, but now the legal focus is on protection of society. Dollars for treatment, counseling, and work crews are scarce, and the cost of a prison bed is over $50,000/year per inmate. The system struggles with how to fairly consider all of these factors and make a decision on a case-by-case basis.

Mandatory sentences, such as Oregon’s infamous Measure 11, remain a powerful tool for the DA. There is extensive commentary that these “determinate” sentences give much of the sentencing power to the DA and not the judge. Many people believe we need reform, but there is not much consensus on that that reform should look like.