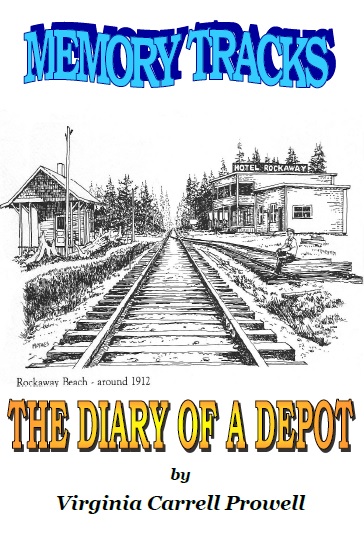 EDITOR’S NOTE: There are just a few chapters left of the Diary of a Depot. If you didn’t see all the chapters, links are below. The story of a family as told by their home – the Rockaway Beach Train Depot.

By Virginia Carrell Prowell
In the meantime, the girls were up in Alaska working in the crab canneries. They were doing well up there by the letters they had written. One of them had met a young man up there that she described in her letters as the “neatest thing since peanut butter.”