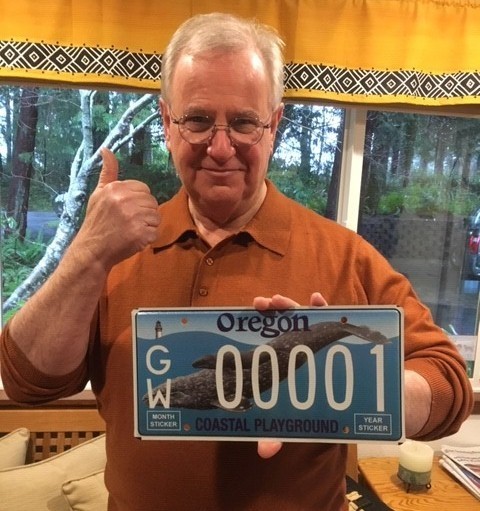 In our last newsletter, we detailed the major issues approved in the recent legislative session. That included funding early learning and schools, addressing the PERS unfunded liability, implementing family and medical leave, support for housing initiatives, improving health care, protecting smaller businesses, and improving the environment.
In this report, I want to talk about local projects funded with lottery bonds for economic development.
But first, I need to further address the general working environment in the Capitol. Most news reports have focused on the drama and conflict. But for the most part, Democrats and Republicans worked together, negotiated, compromised, and agreed. I believe that is what most Oregonians expect us to do in Salem.
Of the roughly 2500 bills introduced, less than 800 passed. And of those 800, more than half were approved unanimously and 300 more had support from both parties. Only eight percent of votes, 60 out of 800, broke down along party lines. 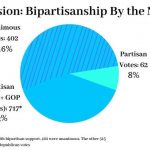 About 150 of the measures we passed were part of the two-year balanced state budget. And one of those measures allocated funds from lottery bonds to pay for local projects and economic development. Here are some examples from our district:
$1 million. Neskowin Emergency Egress: This small community in Tillamook County has one road in and out. When the creek rises, families and visitors there are cut off. And when the earthquake arrives and the bridge collapses, there will be no retreat from the tsunami. Senator Betsy Johnson and I worked hard to secure funding for an “Egress” that can support emergency vehicles and emergency traffic. The total cost is about $1.8 million for conduits, tidegates, and passage through the wetlands. When not in critical use, the passage will shift walking and bicycles off the narrow local streets. “Your efforts will make our community safer.” Susan Amort, Neskowin Village.
$4 million. Newport Regional Water and Dam Planning: The current drinking water supply for Newport collects behind one of Oregon’s must seismically vulnerable dams. I lightheartedly suggested to the funding committee this is not about a major earthquake. If a large truck hit a nearby pothole, the dam might collapse. Replacing local dams will cost tens of millions of dollars. Senator Arnie Roblan and I got initial funding that will move the planning process forward on how we get water to residents and visitors. “Thanks for your leadership and support of this critical need.” Dean Sawyer, Mayor of Newport 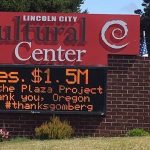 $1.5 million. Lincoln City Cultural Center Plaza: The Cultural Center in Lincoln City is not just about the performing and visual arts. It is about supporting the retirement industry, serving the tourist industry, and enhancing the growing art entrepreneurial economy. The plaza project will renovate an old parking lot and playground into an outdoor community center with walkways, performance stages, space for a regional outdoor market, and expanded parking. Local fundraising will complete the effort. It will transform the center of Lincoln City for the people who live and work there, and the 9 million cars that drive by each year. “Your leadership will transform Lincoln City and our retirement, tourism, and arts economy.” Nikki Price, LC Cultural Center
$5 million. Oregon Coast Aquarium Improvements & Marine Wildlife Rehab Center: Senator Roblan and I advocated for Oregon’s only marine wildlife rehabilitation center at the Aquarium in Newport. Certainly, the Aquarium supports the tourist economy. But it also aids injured birds and endangered marine animals. With OSU and NOAA next door, this expansion is a good fit in South Beach. Private fundraising will more than double the state investment. “We appreciate all you’ve done to support the Aquarium with our first-time State support.” Carrie Lewis, Oregon Coast Aquarium
Pacific City State Airport: Within the department of Aviation budget that I oversee in the Ways and Means Economic Development Subcommittee, we settled the question of keeping this coastal airport as a state owned and maintained facility. “Thank you for your strong support and leadership to keep the airport public and open.” Robyn Holdman, Friends of Pacific City Airport
Tillamook Youth Correctional Facility: The Oregon Youth Authority received $6.4 million to fund four projects, the bulk going to upgrading medical and dental clinics at four facilities, including the Tillamook Youth Correctional Facility. Space is currently so limited that residents need to be taken off campus for treatment.
Whale License Plate. Just days before the session convened, Oregon’s new “Coastal Playground” plate was released. Local residents lined up in the rain to get the lowest numbers. We worked six years to get approval and this is the first plate released under new rules. Over 6,000 have now been purchased. All proceeds will go to the Marine Mammal Institute at the Hatfield Marine Science Center to promote research and to preserve our coastal wildlife. “The persistent efforts of plate purchasers will benefit our conservation programs and help Oregonians celebrate the coast.” Bruce Mate, Marine Mammal Institute Director 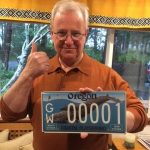 District 10 continues to fare well in the difficult state budget. I was once asked by a colleague why my district seemed to have more highway projects funded than his did. The answer was simple, I said. “More of your constituents drive on my roads than my constituents drive on your roads…”

How to Avoid Fraud. Attorney General Ellen Rosenblum will host two “Scam Jams” in our district this month. The Scam Jam is primarily for seniors and is aimed to teach attendees how to avoid fraud.
Wednesday, July 24, 1:30 PM – Newport City Senior Center
Thursday, July 25, 11:00 – Lincoln City Community Center
This is an educational presentation that presents examples of the most common scams and provides best practices for dealing with fraud.

Thanks for reading my newsletters. We have an unusually large local mailing list and I hope you’ll encourage friends to sign up if they are interested in our government. Just go to https://www.oregonlegislature.gov/gomberg We are also trying to post more frequently to Facebook. Just be aware that public records law requires that we respond to constituent concerns via email, not social media.
As always, we enjoy seeing you out and about in our diverse district and receiving your letters and questions. Enjoy your summer in our remarkable part of Oregon. I’ll hope to see you soon.