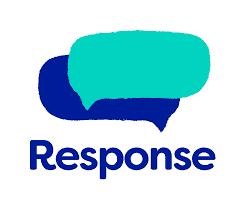 “We wish every Oceansider could vote on the future of Oceanside, but most of our neighbors were excluded through a very deliberate process set in motion by the chief petitioners for incorporation.”

Chief petitioner, an ONA (Oceanside Neighborhood Association) President at the time, used ONA to create an illusion of “community support” for incorporation. The rushed vote by the membership on supporting/not supporting incorporation was set up in such a way by the petitioners, that only about 200 Oceansiders out of 1500-1600 took a vote. Voting rules were established to minimize community participation – no outreach to all Oceansiders, no vote by e-mail, only few minutes were given to members to cast the vote during a zoom call at the time of President’s choosing, the President/Chief petitioner was denying “No” votes by those Oceansiders who he determined didn’t follow his rules, etc.

Moreover, to be taken into consideration by the county Board of Commissioners, at least 20% of voters had to sign the petition. After the first incorporation petition was denied by the BOCC, the petitioners had to submit a new petition accompanied, again, by signatures of about 75 voters. It took petitioners a few hours to collect those 75 signatures for their first petition, and, in contrast, weeks for the second one. This illustrates the kind of support the idea of Oceanside incorporation had after Oceansiders had the opportunity to study the proposal while the BOCC held 3 public hearings. The ONA/Chief petitioners chose not to seek “community endorsement” of the second incorporation petition through a new ONA vote.

For more information on this, please visit www.noincorp.com and read through the Community Chats page.