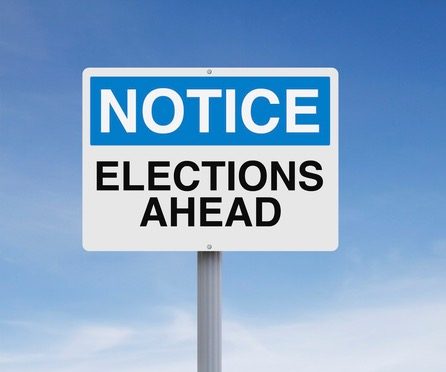 By Gerald Wineinger
The mayor has chosen to go in the mud to chastise Randy Kugler using city resources. Randy has done nothing, but have an insistence on the truth, and the tenacity and energy to correct the wrongs. His efforts do not always agree with the mayor’s, but even being our mayor does not permit one to use city resources and a city press release as a campaign attack on a citizen candidate for council. See below for link to Mayor Scott’s commentary.
Mr. Mayor, No matter how many times you say something it doesn’t make it suddenly come true. Constantly repeating something that is not true, does not make it true.

Facts:
1. The mayor has not followed the city rules and procedures, please see Chapter 9, III A-C on pp. 24-25 of the council’s rules of procedure. Even if it’s not an abuse of authority / misuse of public funds for the mayor to be issuing campaign rants disguised as official city press releases, it looks like he violated his own rules. Where is the councilor who raised a fuss when another candidate was accused of campaigning in a recent public Council Workshop? This is much more egregious.

Here is the rules and procedures for our council and mayor (go to Chapter 9, III A-C on pp. 24-25):
https://manzanitacitizensalliance.org/wp-content/uploads/2020/07/Procedures-for-Council-Meetings-adopted-040319.pdf

Now to the false statements in this improper use of city resources, citizen paid for, press release. Here are some facts:
2. I have listened several times with your exchange with Randy Kugler (Time: 15:55 – 21:23) during the March 4, 2020 Council Meeting audio several times and not once did Randy Kugler raise his voice. No mayor you did not gavel off a loud Randy, instead you laughed him off after Steve Nuttall (Time 20:00) read a Facebook comment (extending this interaction and turning it ugly) that clearly said Randy was trying to help avoid any lawsuit by any citizen. During Randy’s explanation to Steve Nuttall, you tapped the gavel twice very softly and moved on. The only person that was extending the discussion was Steve Nuttall with his misunderstood FB comment interjection.

Randy never ever became loud and that is clear in the audio.

To make this easier for you – Listen for yourself, to the short interaction (20:51 – 21:39 of full audio) starting with Steve Nuttall’s ending words on his pointed reiteration of his interruption and extended this interaction and ending with mayor moving on – no loud Randy at all:
https://manzanitacitizensalliance.org/wp-content/uploads/2020/07/SteveMayorRandy.mp3

Here is the full March 4, 2020 audio on the city’s website: https://ci.manzanita.or.us/city-council/

3. There also exists an email dated Sat, Jan 18, 2020, 8:48 AM where the mayor thanked Randy for sending his full explanation setting the record straight on the water fund usage when he was City Manager. Showing that Randy is very honorable and not what the mayor is trying to portray.

4. The water fund is now being used in a way that though the method is great, the basic inputs and facts that are needed to make the use of the algorithm valid, are missing. The formal public information request for memos, reports, meeting notes or minutes has been answered nothing exists. The consultant used in their analysis values related to labor relations, when clearly none exist here. This should have been rejected by the budget committee at the draft submission as we have no unions. Therefore we are using the wrong calculations.
To be brief, the new financial algorithm being used for indirect costs does not fit Manzanita at all.

5. My last point is the mayor says “Leadership requires that you be respected by the people you serve. To be effective you must listen, compromise, and seek and find consensus in a civil and constructive manner.”
We are not in the military here and though you are our mayor, respect must be earned. You serve the Citizens of Manzanita and you are demanding our respect, yet, you have disrespected one of us for disagreeing with you and trying to offer other reasonable decisions or options.