EDITOR’S NOTE: When Jerry Sutherland shared some additional information about his upcoming presentation “Ships of Farmers” at Tillamook County Pioneer Museum (https://www.tillamookcountypioneer.net/ships-of-the-farmers-at-the-tillamook-county-pioneer-museum-sunday-march-10th/), and he mentioned a ship called the “Pioneer” that was built in Clatsop County, of course, the Tillamook County Pioneer had to hear more of the story … and here it is.
(excerpt from Calvin Tibbets: Oregon’s First Pioneer – by Jerry Sutherland)
Most of Oregon’s male population headed for the gold mines of California in 1848. Oregon had been in an economic depression since 1847, so this was an opportunity that was hard to pass up. Calvin Tibbets and three neighbors he had worked with on the Wahoni Mill (Elbridge Trask, Thomas Owens, and William Perry) figured out how to make money off the gold discovery without leaving their families: by building a ship, filling it with their farm produce, sailing it to California, and selling both the ship and produce at inflated prices. The experience Tibbets gained traveling to and from California with Lt. Slacum in 1837 and Lt. Emmons in 1841 would have been invaluable, but they needed someone who knew how to build and pilot a ship, so they recruited Robert MacEwan with notices placed in the Oregon Free Press during the fall of 1848. That winter they built a sixty-ton, two-masted schooner at Skipanon Landing (which was on the west bank of the Skipanon River in today’s Warrenton) and called it the Pioneer.

When they set sail for San Francisco June 16, 1849, Fernando Swazey had taken the place of Trask, probably because he was a blacksmith whose skills would come in handy keeping the ship together en route. Dr. Bethenia Owens-Adair, who was the daughter of Thomas Owens and present at the launch, thought the Pioneer was “crude in the extreme.” No experienced mariner would have wanted to put to sea in it, but Owens and his neighbors were accustomed to putting up with makeshifts, so they loaded their homemade schooner with bacon, pickled salmon, cabbage, potatoes, hides, hemlock bark and cranberries and put to sea to go to the newly discovered gold fields in California . . . and sold their cargo at top prices.” On another occasion, Owens-Adair recalled the launch being “a great day for Clatsop, everyone was there, including the Indians. They came in wagons, a horse back [sic] and on foot. The visitors from Astoria came in sailboats, row boats [sic] and canoes.”
One of the Astoria visitors was General John Adair, who had just arrived to serve as U.S. Collector of Customs for
the newly established Oregon Territory. Departure of the Pioneer was one of his first journal entries, and his recognition of the significance of the event is indicated by the details he included—unlike other ships—such as the names of all on board. Calvin Tibbets was not with his fellow mariner-farmers when they arrived home on board the Anita August 11, 1849. He had died of cholera on the trip back, and had been buried at sea. Given the high mortality rate among Wyeth’s men, and many other risks Tibbets had taken since arriving in Oregon, he had survived longer than might be expected.
Best of all, he had lived long enough to see his dream of Oregon Country becoming part of the Unites States come
true. And his last project again benefited his fellow American settlers: Hannah Pease, who moved to Skipanon Landing a year after the Pioneer was built, recalled that the profits “brought a great deal of money into Clatsop.” 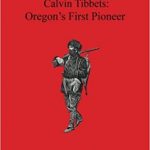