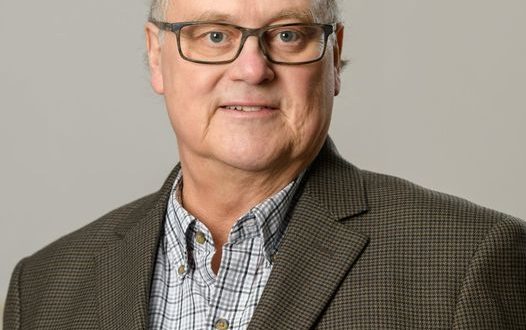 (EDITOR’S NOTE:  Doug Pilant was a good friend to the Pioneer, and embraced utilizing all available media for outreach and education.  Doug was one of my favorite interviews and we shared a mutual passion for the Tillamook County community and history.  https://www.tillamookcountypioneer.net/obituary-douglas-william-pilant-january-30-1960-june-12-2022/)

Mr. Pilant’s career began out of the University of Idaho where he obtained his Bachelor of Science in Geography.

In both Oregon and California, Doug found great success managing, operating, and planning within various transportation entities. He eventually landed in Tillamook, OR around January 2012, putting his dedication and efforts into the Tillamook County Transportation District, shaping the organization the success that it is today.

Doug had countless plans for the District and always made sure that our community would continue to be better than we were yesterday. There are many projects that he brought to the district which is now some of our best implemented services such as: an NEMT brokerage (NW Rides), expanded Dial-A-Ride and micro-transit zones within Tillamook County, introduction of the Pacific City Free Shuttle, and sold Business Energy Tax Credits for the District. In recent months, Doug spearheaded efforts to obtain a beautiful trolley for TCTD, while helping the District adopt new software and programs to enable the District to provide intercity transit services 7 days a week.

During the pandemic Doug continued to grow the District while working behind the scenes to improve standards of living for Tillamook County residents through access to transportation. In 2020 he was honored with the Outstanding Manager award from the Oregon Transit Association, and in 2021 led the District as it received a Community Hero award from the Tillamook Coast Visitors Association.

Doug also had a big part in NWOTA (Northwest Oregon Transit Association) where he not only served as chair, but he also helped grow the organization.

Doug wasn’t just the General Manager of the District but he was also a beloved friend and family to so many.

He always had a smile on his face everywhere he went and all of us in the office will miss his freshly baked homemade sourdough bread at our weekly meetings.

Doug meant so much not only to this district but he meant the world to this community, and we will forever be grateful for all that he has done.

Here is the Evite invitation for the Memorial Service. The details are in the invite. RSVP is appreciated. http://evite.me/kU2sjruAPr

For those who would like to watch, and even participate, we have created a Zoom link and will have a huge TV set up at the event. The Zoom link will be live from 3pm until approximately 4pm. Please use https://us02web.zoom.us/j/86973733197

For more information, please contact us at 503-815-8283 or email nzuercher@TillamookBus.com.