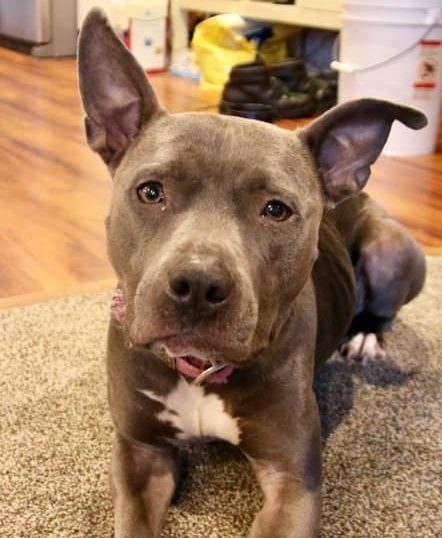 From Tillamook Animal Shelter: We’ve all been closely following the story of Rosie. If you missed it, she was recently rescued after being stranded in a van in the snow in the woods.
Here’s the link to the full story — https://www.tillamookcountypioneer.net/rosies-rescue-local-emts-team-up-with-pud-to-reach-van-save-abandoned-dog/

Eventually, she came to be with us (Tillamook Animal Shelter). As we do with all dogs, we ran the microchip to see if it was registered. Within a minute or two of posting the found dog notice on the microchip page, I got a call. Rosie’s original owner. Things had happened, her dog ended up getting adopted by someone else. She hadn’t stopped hoping that she would one day see her dog again. So, yesterday Rosie’s family came to take her home.

Rosie is the smaller one on the right. The bigger dog is her daughter from a litter she had before being spayed. Rosie, is one happy dog. It took her about a second to realize she wasn’t just coming out to meet another person. You could see the wonder in her eyes as she realized her family had found her. Finally.

Rosie’s return to her family was possible because of her microchip and the family’s registration. You might think that it won’t happen to you — you won’t “lose” your dog. But the unforeseen CAN occur, you might find yourself separated from your dearly beloved canine or feline companion and that tiny microchip will allow this kind of happy reunion, even after two years.
Lesson #1. MICROCHIP YOUR PETS.
And lesson #2 is the other part of the story – if you find a “lost” animal, don’t make assumptions about what happened. Take the animal to a vet or nearby animal shelter to be scanned for a microchip. People jump to conclusions about animals being abandoned, or running away for a reason, but more likely there is a worried-sick pet owner trying to find that lost pet. Always report a lost animal so the ownership situation can be determined. Maria Nagy, co-manager of Tillamook Animal Shelter said, “We always scan animals and make every effort to locate the registered owners,” she explained. “We have a moral obligation to reunite the pet with their family And, then we determine it’s circumstances, and require documentation about the ownership.”
Rosie was reunited with her family after a rough road thanks to a group of heroes in our community. “Ordinary” people doing these heroic things every day in our communities that help to make it a better place.
Tillamook Animal Shelter is a nonprofit with dogs available for adoption. For more information, go to www.tillamookanimialshelter.org.